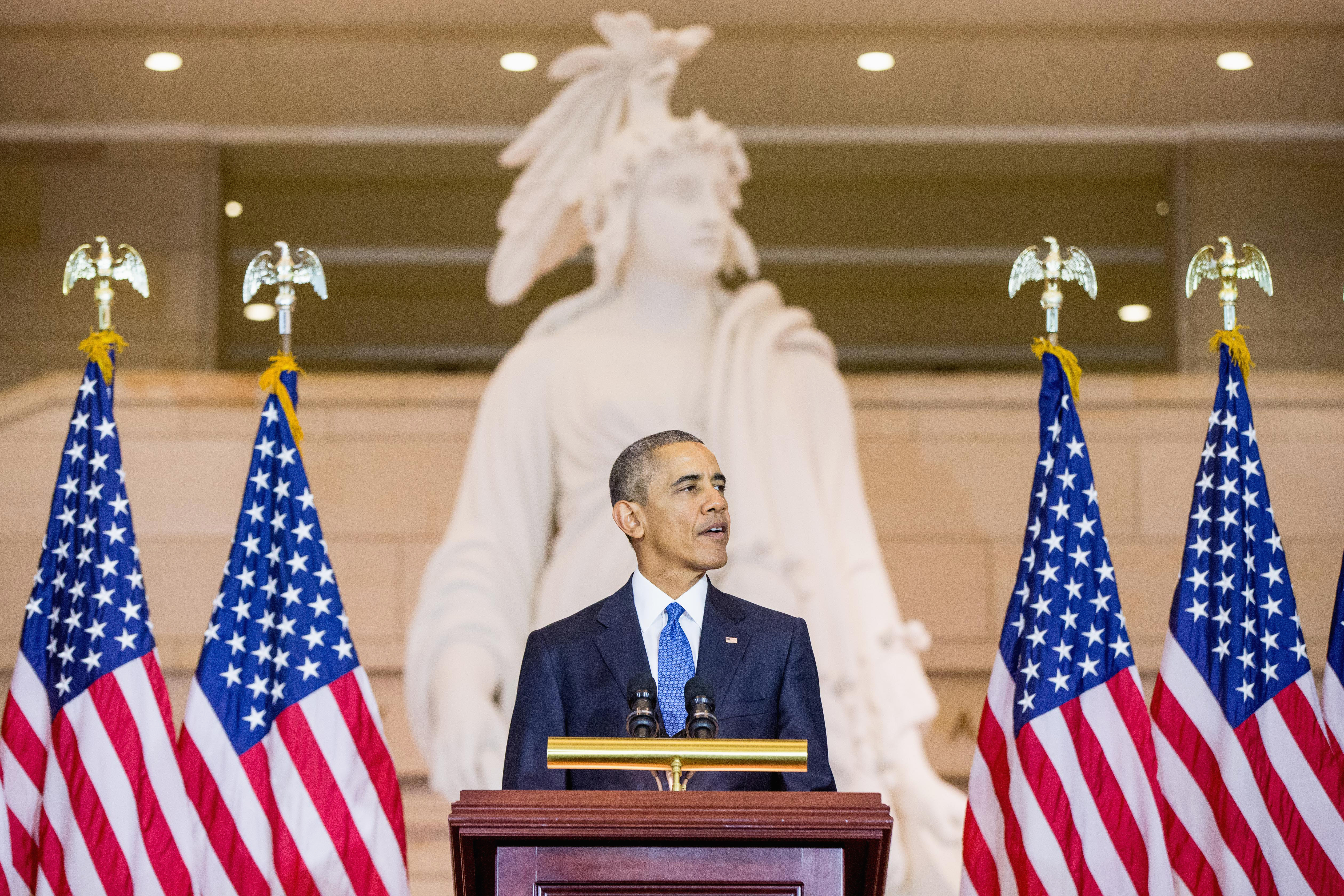 President Obama urged Americans at an event marking the end of slavery to push back against bigotry in all its forms.

"We condemn ourselves to shackles once more, if we fail to answer those who wonder if they're truly equals in their communities or in their justice systems or in a job interview. We betray the efforts of the past, if we fail to push back against bigotry in all its forms," Mr. Obama said at an event commemorating the 13th amendment on Capitol Hill.

"To remember that our freedom is bound up with the freedom of others regardless of what they look like, or where they came from or what their last name is, or what faith they practice," Mr. Obama said, drawing rousing applause.

While the president didn't explicitly call anyone out, that part of his speech appeared to be a subtle jab at Donald Trump and other Republicans who have made controversial statements about Muslims on the campaign trail. Trump, the GOP presidential frontrunner, called Monday for a "total and complete shutdown of Muslims to the United States."

The event marked the 150th anniversary of the abolishment of slavery, when the 13th amendment to the Constitution was ratified. The amendment formally abolished slavery after Congress passed it, President Abraham Lincoln signed it and the necessary number of states ratified it in 1865.

"We gather here to commemorate a century and a half of freedom, not simply for former slaves, but for all of us," Mr. Obama said. "The question of slavery was never simply about civil rights, it was about the meaning of America, the kind of country we wanted to be, whether this nation might fulfill the call of its birth."