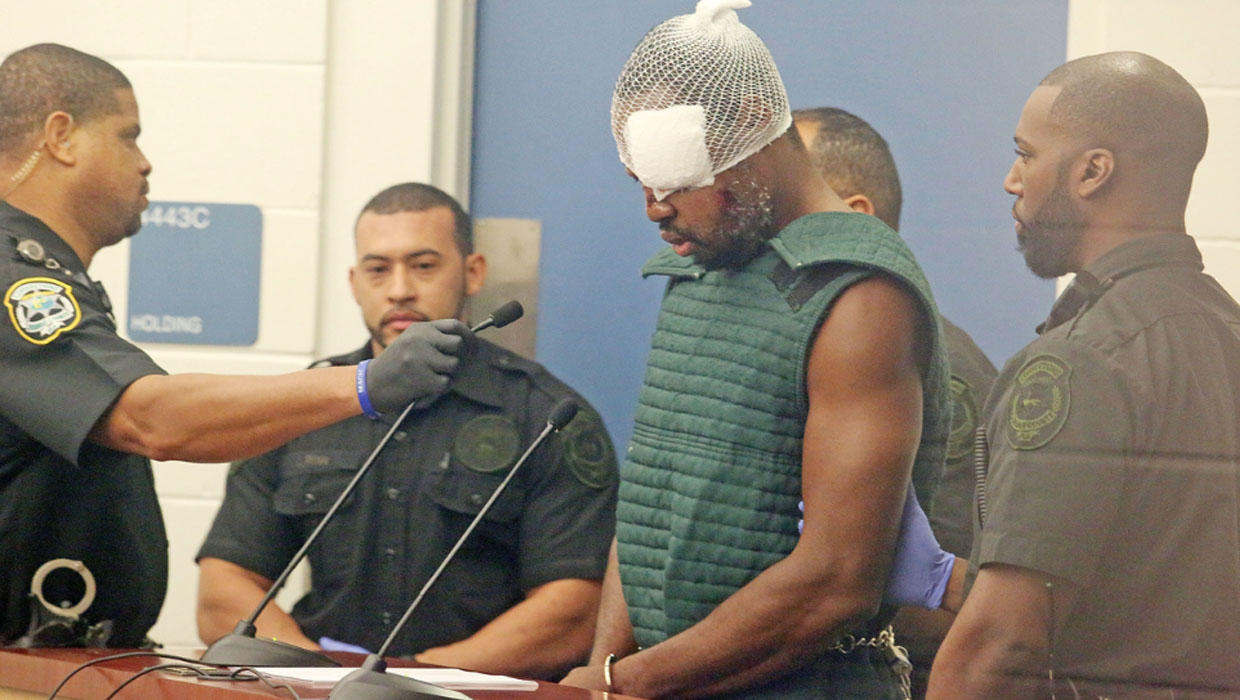 ORLANDO -- Orlando police released video Thursday of the arrest of Markeith Loyd, a fugitive who had been sought in the Dec. 13 death of his pregnant ex-girlfriend and the Jan. 9 slaying of an Orlando police officer who tried to apprehend him.

The helicopter video footage obtained by CBS affiliate WKMG shows Loyd’s arrest Tuesday at an abandoned home in Orlando following a massive nine-day manhunt.  Loyd can be seen crawling on his stomach toward police surrounding the home. One of the officers can be seen apparently kicking Loyd as Loyd is lying on his stomach before the camera pans away.

At a press conference Thursday, Orlando police chief John Mina said Loyd was wearing body armor and officers were concerned he may have been hiding something inside it. Arresting officers found a large bag of ammunition beneath Loyd and Loyd had already discarded two guns, including one with a 100-round capacity, Mina said.

Mina said officers used force because Loyd did not comply with officer’s demands to put his hands behind his back. He said an investigation would be conducted into the officer’s use of force and cautioned against a rush to judgment before it’s complete.

Loyd, 41, appeared with his eye bandaged and flanked by two police officers in an Orlando courtroom on charges including first-degree murder and unlawful killing of an unborn child in the December 13 death of his ex-girlfriend Sade Dixon Thursday morning.

Loyd is also accused of fatally shooting Orlando Master Sgt. Debra Clayton outside a Wal Mart while he was a fugitive from justice. He was hospitalized until Wednesday night, then jailed.

Loyd declared that many of the accusations against him are “made up” and complained that he was roughed up even though he didn’t resist arrest following the intense manhunt.

“They done took my eye, broke my nose, broke my jaw,” Loyd said, swearing at a judge as he described crawling out to the road to be arrested. “I didn’t resist s---. They just did that s--- and they’re trying to hide it from the news people. But I’m here right now.”

At the press conference, Mina called Loyd a “violent, dangerous and unpredictable” person and said officers showed “incredible restraint” during the arrest.

Mina said Loyd could have turned himself in, but chose not to.

“We were the ones who found him,” Mina said.