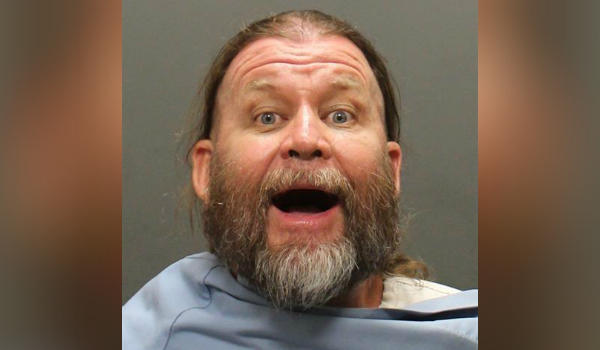 Police in Arizona have arrested a man accused of making threats during a protest outside Republican Sen. Jeff Flake's office.

The suspect, 59-year-old Mark Prichard, faces a misdemeanor charge of threats and intimidation Thursday after referencing last month's shooting at a congressional baseball practice that seriously wounded House Majority Whip Steve Scalise, according to a news release from the Pima County Sheriff's Department in Arizona. Flake was present at the Alexandria, Virginia, shooting that left five victims wounded.

Jason Samuels, Flake's communications director, told Tucson News Now that one of the protesters threatened a Flake staffer by saying, "You know how liberals are going to solve the Republican problem? They are going to get better aim. That last guy tried, but he needed better aim. We will get better aim."

Multiple members of Congress -- including Flake -- received threats surrounding last month's shooting. The day after the incident, the Arizona Republic reported one Facebook user from Phoenix posted on Flake's Facebook page, "I hope the next guy has a better aim."

A month before the Alexandria shooting, a Tucson man was arrested for making three threatening phone calls to the office of Rep. Martha McSally (R-Arizona).

The shooting and subsequent threats have revived conversations about security for members of Congress. Sen. Rand Paul, R-Kentucky, who also witnessed the shooting, said that if it weren't for the U.S. Capitol Police members present at the Alexandria shooting, "nobody would have survived."

Scalise, who is still in the hospital after shooting, was readmitted to the intensive care unit Wednesday amid new concerns about infection. As of Thursday afternoon, he was listed in serious condition.