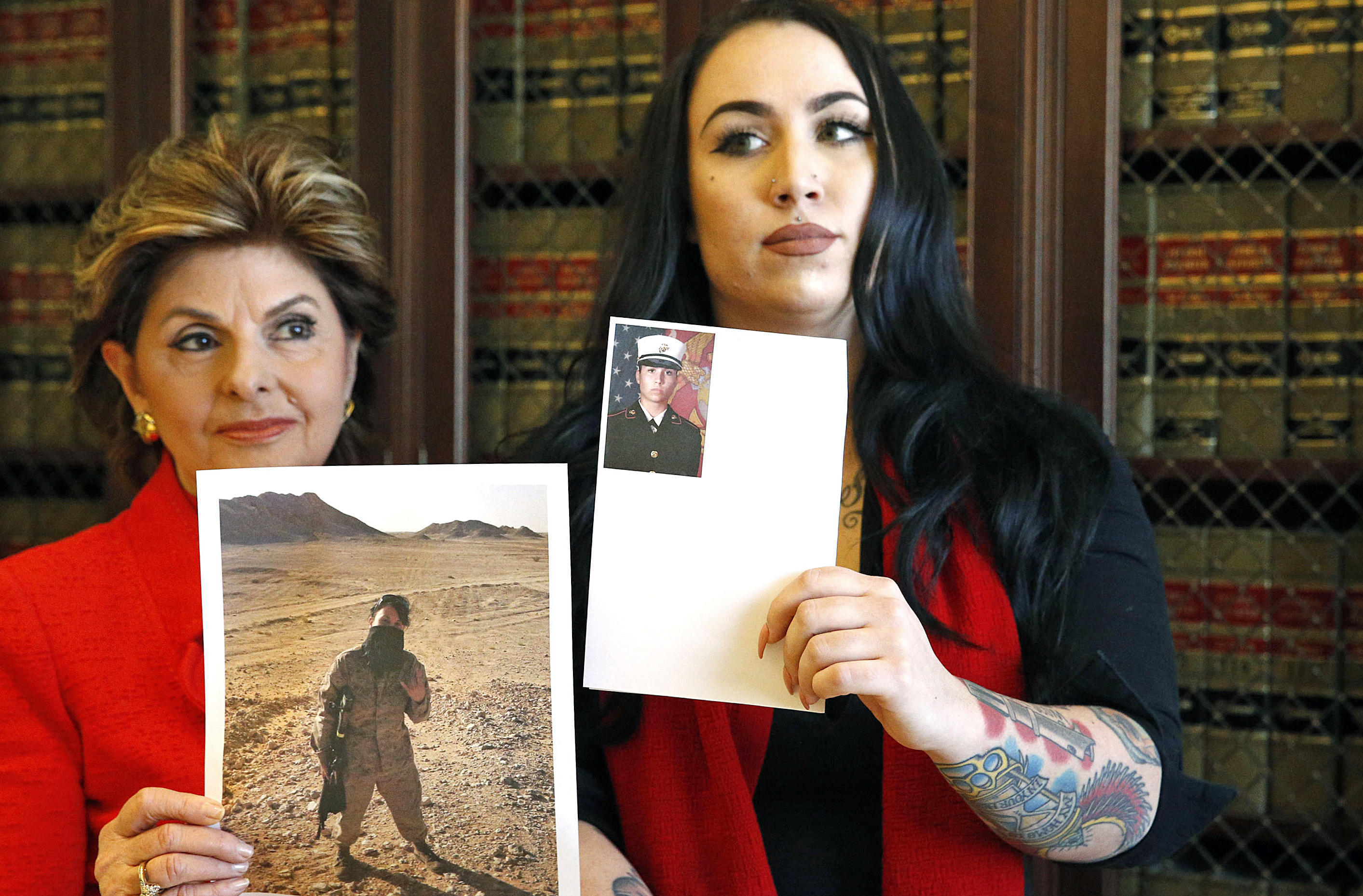 LOS ANGELES -- A former Marine and an active-duty Marine came forward Wednesday to say photographs taken of them were secretly posted online without their consent along with nude photos of other servicewomen that have led to threatening replies and a military investigation.

They spoke out as another former Marine who helped found a victims’ group said the social media postings have been going on for more than a decade but superiors ignored complaints from female service members.

Gen. Robert Neller, commandant of the U.S. Marine Corps, has condemned the photo sharing and urged victims to report abuse.

On Wednesday, active-duty Marine Marisa Woytek and former Marine Erika Butner appeared at a news conference in Los Angeles to applaud the investigation into sharing of naked photos of women on a secret Facebook page called “Marines United.”

Woytek and Butner each said they learned that clothed photos were posted without their consent.

Butner, 23, who served for four years before leaving the Marines in 2016, said she contacted investigators in January and told them there was an online storage drive that contained “indecent photos of women from all military services, organized by name, rank and even where they were stationed.”

“As a Marine Corps veteran, I am disheartened and disgusted with this scandal,” she said.

The women’s lawyer, Gloria Allred, said there may be hundreds of such postings and that they prompted pornographic and violent replies, including some recommending that female Marines be raped or shot.

Butner and Allred said some women who have spoken out have been attacked in what they called “victim shaming.”

“Victim-blaming and the excuse some people are giving that ‘boys will be boys’ needs to stop,” Butner said, CBS Los Angeles reports.

Allred said the victims of the photo scandal could number in the hundreds, and that the private page “led to the denigration and victimization of women who serve our country.”

Meanwhile, a former Marine, Erin Kirk-Cuomo, said servicewomen have been reporting websites like “Marines United” for more than 10 years but were ignored. She said the issue was “laughed off by military leadership and members as harmless, expected, or invited.”

“This behavior is not harmless, and we demand an end to it,” said Kirk-Cuomo, who recently co-founded a group, Not In My Marine Corps, dedicated to sharing incidents of sexual assault and harassment.

The Naval Criminal Investigative Service is investigating the photo sharing. It’s not clear how many active-duty Marines and other service members were involved or are under investigation.

However, an internal Marine Corps document obtained by The Associated Press said a former Marine maintained the Google Drive where the photos were shared, and that it had a following of about 30,000.