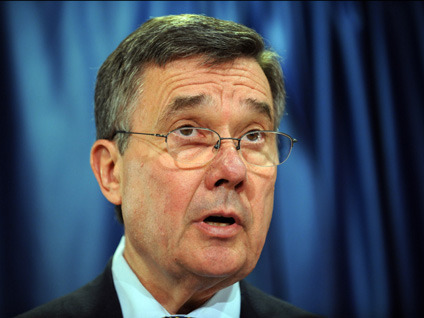 A new government report blames increased marijuana use for an uptick in the overall use of illicit drugs among Americans.

The annual National Survey on Drug Use and Health shows the rate of illicit drug use rose from eight percent in 2008 to 8.7 percent in 2009. The survey also found increases in the use of ecstasy and methamphetamines.

Authorities are especially concerned about use of illicit drugs by young people. The survey by the Substance Abuse and Mental Health Services Administration found 21.2 percent of young adults experimented with illegal drugs in 2009. The report says the trend "was also driven in large part by the use of marijuana."

National Drug Control Policy Director Gil Kerlikowske told CBS Radio News, young people are being exposed to "mixed messages" about marijuana including the idea that it is a medicine.

The "drug czar" said marijuana "may have properties that have medicinal values that should be tested" but he insisted it is not medicine.

Kerlikowske views marijuana as "an entry drug." The survey found that for the first time since 2002, less than half of young people believe using marijuana is harmful.

The Obama administration remains strongly opposed to legalization of marijuana.

Coincidentally, the survey is being released as California voters consider a November ballot issue on legalizing pot.

The president's drug adviser said it is a "false argument" to say marijuana legalization would reduce cartel violence in Mexico. Kerlikowske, a former police chief and undercover narcotics detective, noted, "Taking one small part of the (cartel) enterprise, marijuana away from them isn't going to change them."

He concedes the drug gangs south of the border can not be totally defeated but he believes "their impact and their violence can be reduced."

While the report emphasizes the detrimental effects of marijuana, Kerlikowske says abuse of prescription drugs rises to the top of his concerns because, "young people don't perceive them as dangerous or addictive."

He said the availability of prescription medications in home medicine cabinets often makes them widely available and attractive to young people. The non-medical use of prescription drugs notched up slightly to nearly three percent of the population.

The annual survey offered some encouraging news. It showed decreasing levels of tobacco use to a new low level of 23.3 percent. But the report warned, "The pace of improvement is stagnating."

The administration's drug control strategy emphasizes prevention and treatment along with law enforcement. Kerlikowske told CBS News, "We have had a focus of a criminal justice lens on drug abuse for quite a while." He added, "It should be a blend" that includes prevention and education.

The administration is seeking a 13 percent increase in funding for the federal drug abuse prevention effort.

He said, "If we approach it with the same level of complexity that we approach things like cancer, I think we're better off than telling the American public, here's a bumper sticker to solve your problem."

The survey covers the transition year as President Obama took office. Next year's report will be the first true test of any initial results from the administration's approach to a drug abuse problem that has been a national challenge for decades.