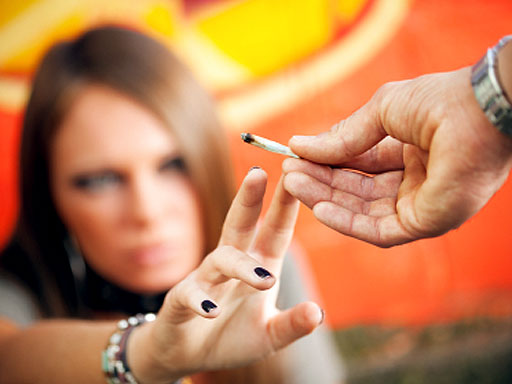 (CBS) If you grew up in the era of Nancy Reagan's "Just Say No," you are likely familiar with the idea that marijuana is a "gateway drug," and that smoking it leads young people to use "hard" drugs like cocaine and heroin.

Now, a new study says that message is half-baked.

Researchers at the University of New Hampshire say pot serves as a "gateway" to other drugs mainly for young people who are poor, unemployed, and subjected to severe psychological stress.

In other words, it's not about pot but about the potholes young people encounter on the road of life.

"There seems to be this idea that we can prevent later drug problems by making sure kids never smoke pot," lead researcher Dr. Karen Van Gundy, associate professor of sociology at the university, told CBS News. "But whether marijuana smokers go on to use other illicit drugs depends more on social factors like being exposed to stress and being unemployed - not so much whether they smoked a joint in the eighth grade."

The researchers based their findings on survey data from 1,286 young adults who attended Florida public schools in Miami-Dade.