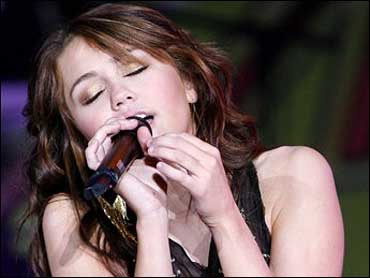 What would it sound like if 15 of the hottest female singers joined voices? The answer will be revealed Sept. 2.

The charity tune was conceived by Antonio "L.A." Reid, who produced it with longtime creative colleague Kenny "Babyface" Edmonds.

All 15 singers will share the stage to perform the song live on Sept. 5 during the "Stand Up to Cancer" television special, set to air simultaneously on ABC, NBC and CBS.

Founded in 2007, Stand Up to Cancer is a program of the Entertainment Industry Foundation that calls on entertainment-industry people and platforms to help fight cancer.