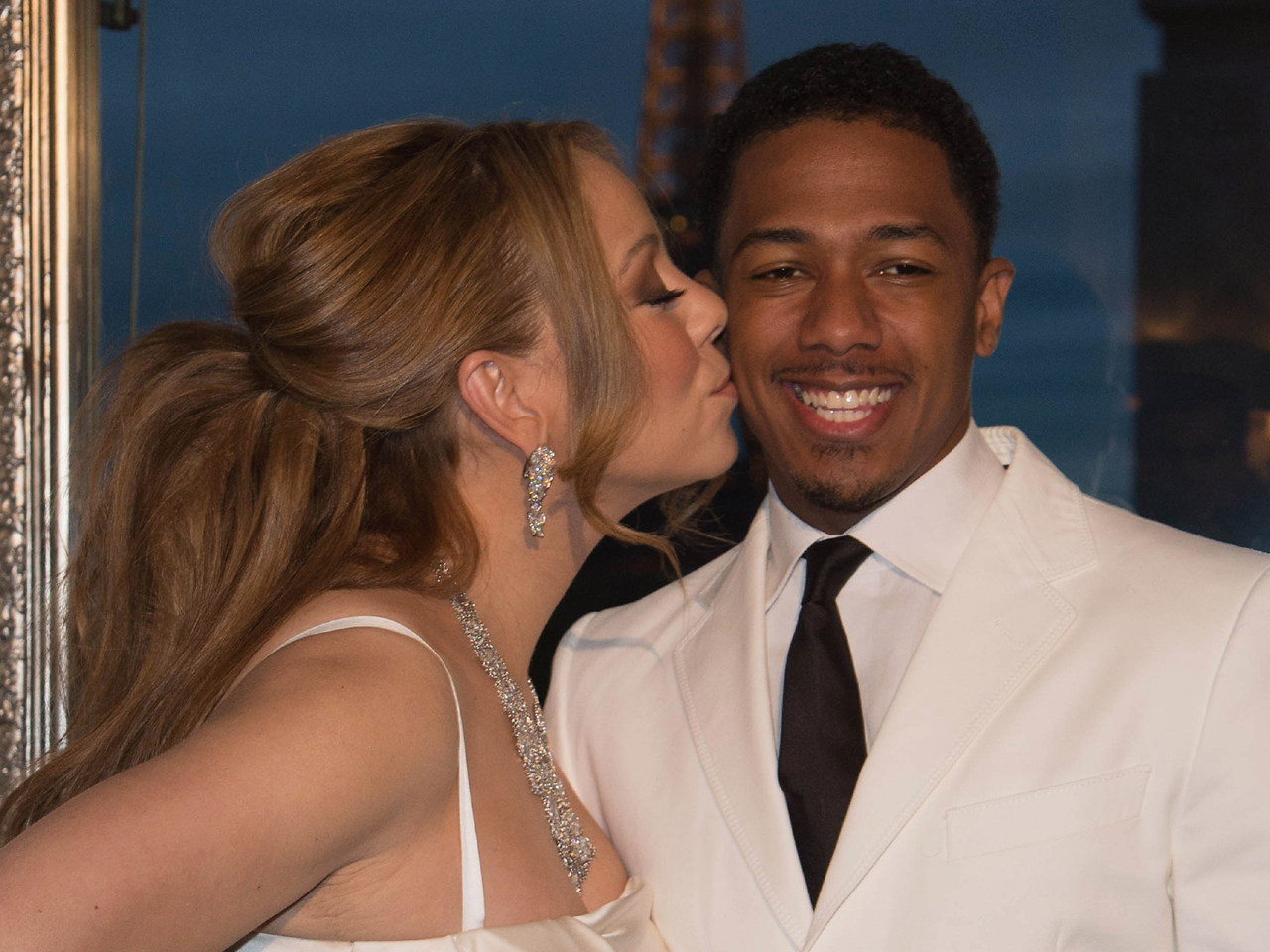 (CBS/AP) Mariah Carey and Nick Cannon have said "I do" for the fourth time.

The couple renewed their wedding vows Friday at the Eiffel Tower in Paris, a publicist for the couple said.

Spokeswoman Cindi Berger told the Associated Press that Carey, 42, and Cannon, 31, marked the occasion with an "intimate ceremony after a romantic dinner at the beautiful Jules Verne restaurant" just after midnight local time.

Photos show the singer wearing a white,  form-fitting mermaid gown with a black bow at the waist, while her husband donned a white tuxedo and black bowtie.

The couple also took time during the Paris trip to shop for their nearly-1-year-old twins.

Carey and Cannon married in the Bahamas in 2008. They welcomed son Moroccan and daughter Monroe last April.

Cannon was hospitalized in January and later diagnosed with inflammation of the kidneys. He resigned from his New York City radio show in February to help his recovery. He has been documenting his return to health on his website in a web series called "NCredible Health Hustle."