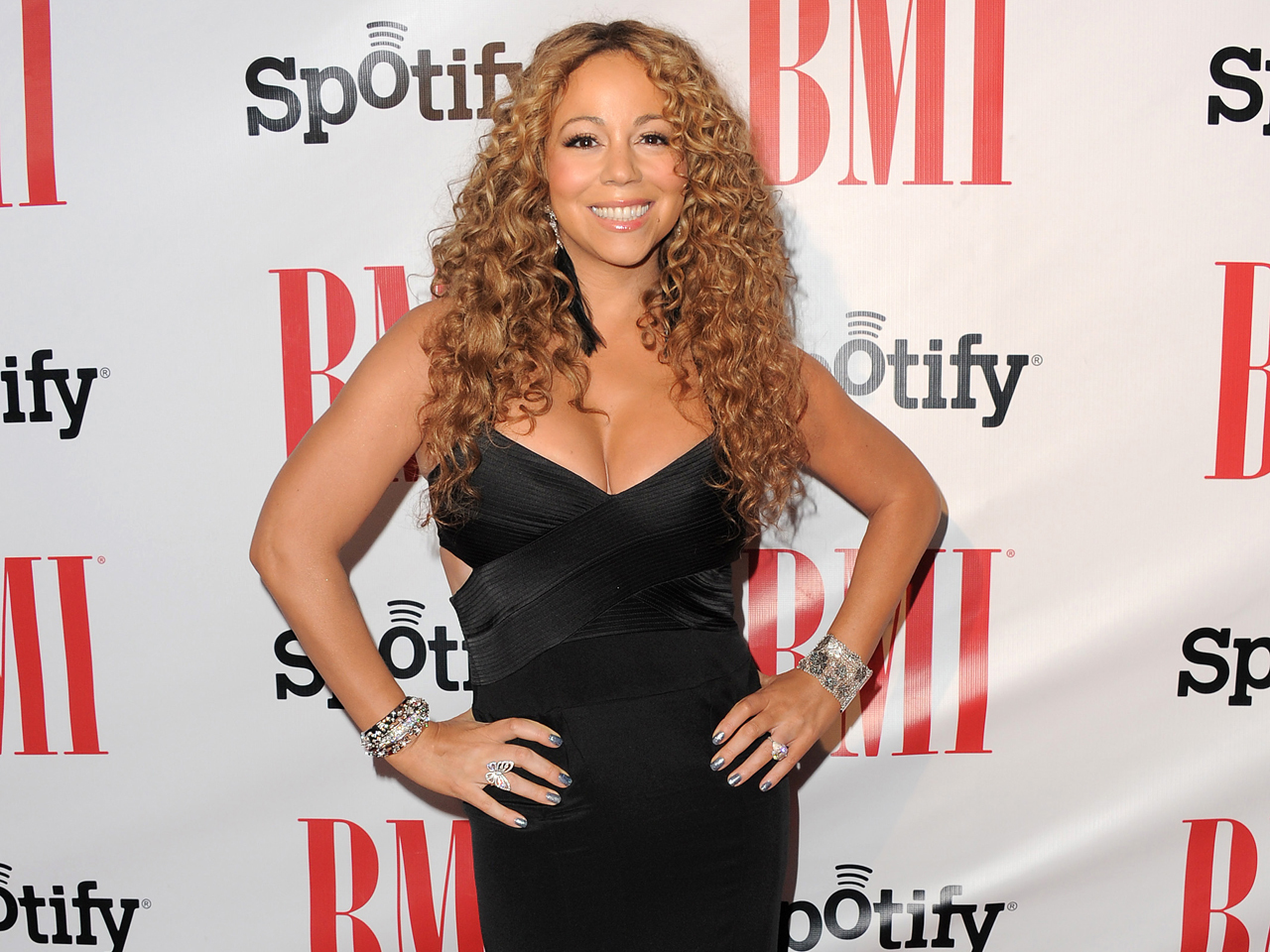 (CBS/AP) BEVERLY HILLS, Calif. - Mariah Carey was honored with the Icon Award at the BMI Urban Music Awards on this weekend, during a ceremony at which other artists were literally singing her praises.

Fantasia Barrino and Eric Benet were among those who serenaded the star with her own hits. Benet performed "One Sweet Day" and the former "American Idol" winner sang "Hero" during the private ceremony at the Saban Theatre, where writers, producers and publishers of the year's top urban hits were recognized.

Barrino stepped off stage and stood right in front of Carey in the audience's front row as she wailed the final words of the song. When she finished, they embraced.

BMI chief Del Bryant presented Carey with the music-rights organization's Icon Award for her outstanding songwriting that has resulted in 18 No. 1 singles and more than 200 million albums sold.

Bryant called Carey "an unparalleled musical superstar" and "the greatest singer in history."

He also endorsed her new position as a judge on "American Idol."

Carey, 42, didn't mention "Idol" as she accepted her award.

She simply thanked the performers "for doing something so beautiful with the songs I wrote" and BMI for honoring her songwriting contributions.

"I'm so humbled by this moment because a lot of people still don't know I write my own songs," she said.

Other entertainers honored Friday included Nicki Minaj, who had the year's most played song with "Super Bass," and Drake and Lil Wayne, who were named songwriters of the year for their string of hits. None of the rappers were on hand to accept the honors.