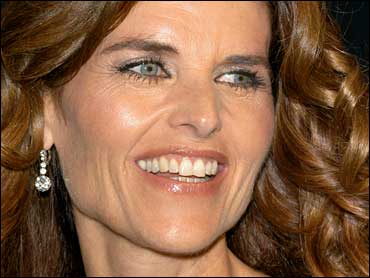 California first lady Maria Shriver is among the more than 30 celebrities and high-profile patients who had their confidential records breached at UCLA Medical Center, medical officials said.

The woman responsible, whose name was not released, is the same employee who sneaked into actress Farrah Fawcett's medical records, officials told the Los Angeles Times on Sunday.

That worker was fired in May 2007 after UCLA learned of the widespread breaches, the hospital said.

In all, the woman improperly looked at 61 patients' medical records in 2006 and 2007, according to state and local medical officials. These included Fawcett, Shriver, and 31 other politicians, celebrities and other well-known people, the paper said. Names of the other patients were not disclosed.

The head of the UCLA Hospital System, Dr. David Feinberg, apologized for the breaches and said the woman behind them had been a "rogue" employee.

Fawcett is battling cancer. Her attorney, Kim Swartz, said last week that after an employee at the hospital accessed Fawcett's medical records, details about her treatment showed up in the National Enquirer.

But Feinberg told the Times that the hospital reviewed the fired employee's e-mails and phone calls and found no evidence any confidential medical information was shared inappropriately.

The secretary of the California Health and Human Services Agency, Kim Belshe, said Sunday that her agency is "very concerned about what appears to be a pattern of repeated violations."

The state will be taking action against UCLA, she said.

UCLA did not let state officials know about the breaches last year. Kathleen Billingsley of the Center for Healthcare Quality said a state investigator on Friday came across a document with the names of those patients affected.

After being informed last week that his wife's medical records had been accessed, Gov. Arnold Schwarzenegger issued a statement saying that "a breach of any patient's medical records is outrageous." Besides being California's first lady, Shriver is a former NBC newswoman and a member of the Kennedy family.

Feinberg said hospital officials initially concluded that alerting authorities and the patients involved was not required. They are reconsidering whether to notify the patients because of the recent disclosures, he said.

The snooping into Fawcett's medical records became public on Wednesday. That news came a few weeks after the hospital announced that several employees were fired for peeking at pop star's Britney Spears' files.