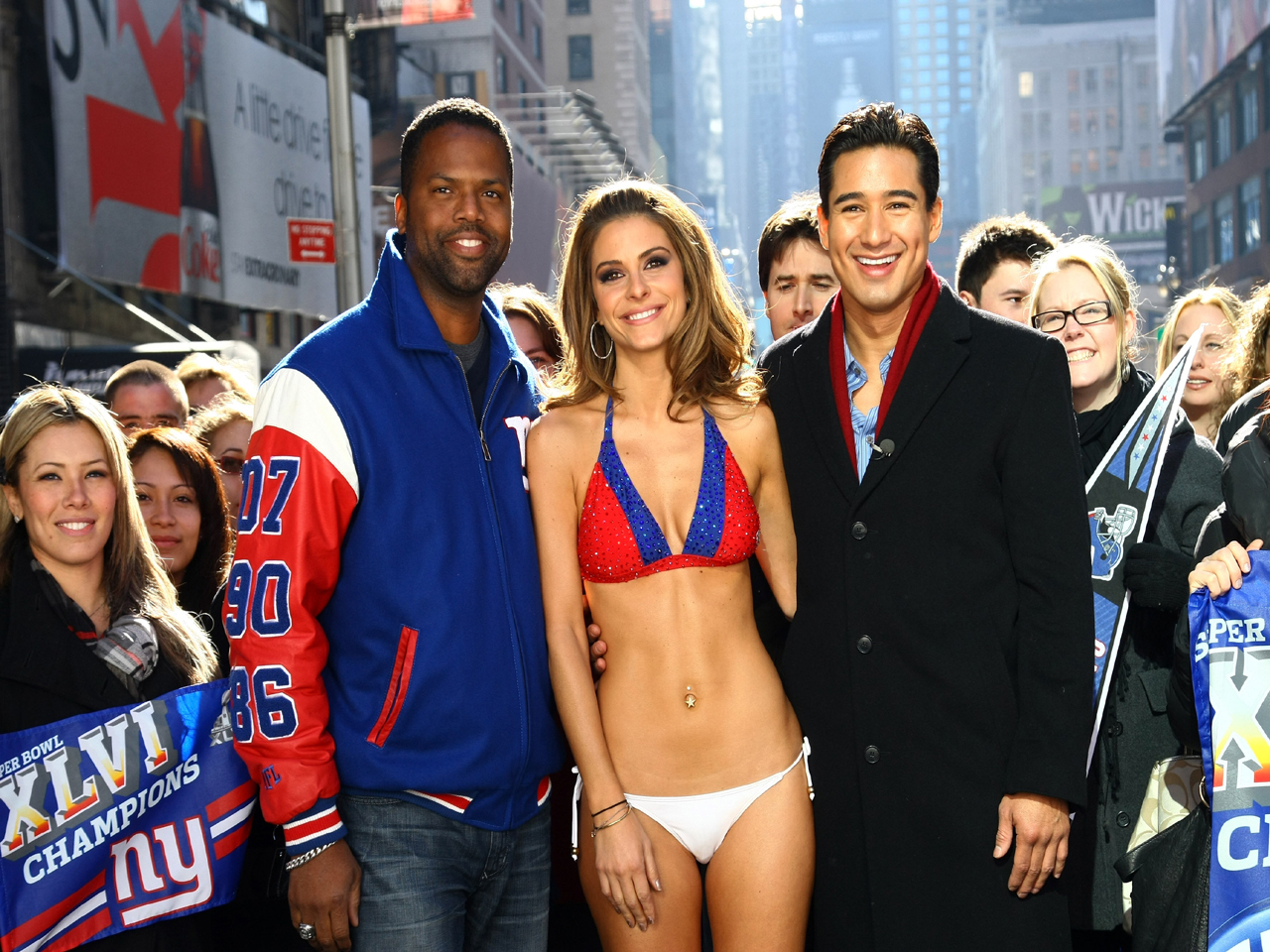 (CBS) "Extra" host Maria Menounos is a woman of her word.

Menounos had to don a Giants-themed bikini in the heart of New York's Times Square on Monday.

"Just finished self-tanning," she tweeted Sunday night. "Lost the bet with AJ Calloway and now I have to wear a Giants bikini in New York. The loss was devastating today."

Before hitting Times Square in a skimpy red, white and blue suit, Menounos tweeted that "today is gonna stink. At least it's not bitter cold there."

She even revealed how confident she was in Tom Brady and the Pats, tweeting, "Problem with this bikini thing? I ate everything you wouldn't eat in major quantities to prove my confidence in winning. Now it'll be on display."

In the end, though, we think Menounos looked pretty darn good. And luckily for her, Monday was a mild day in New York City, considering it's February.