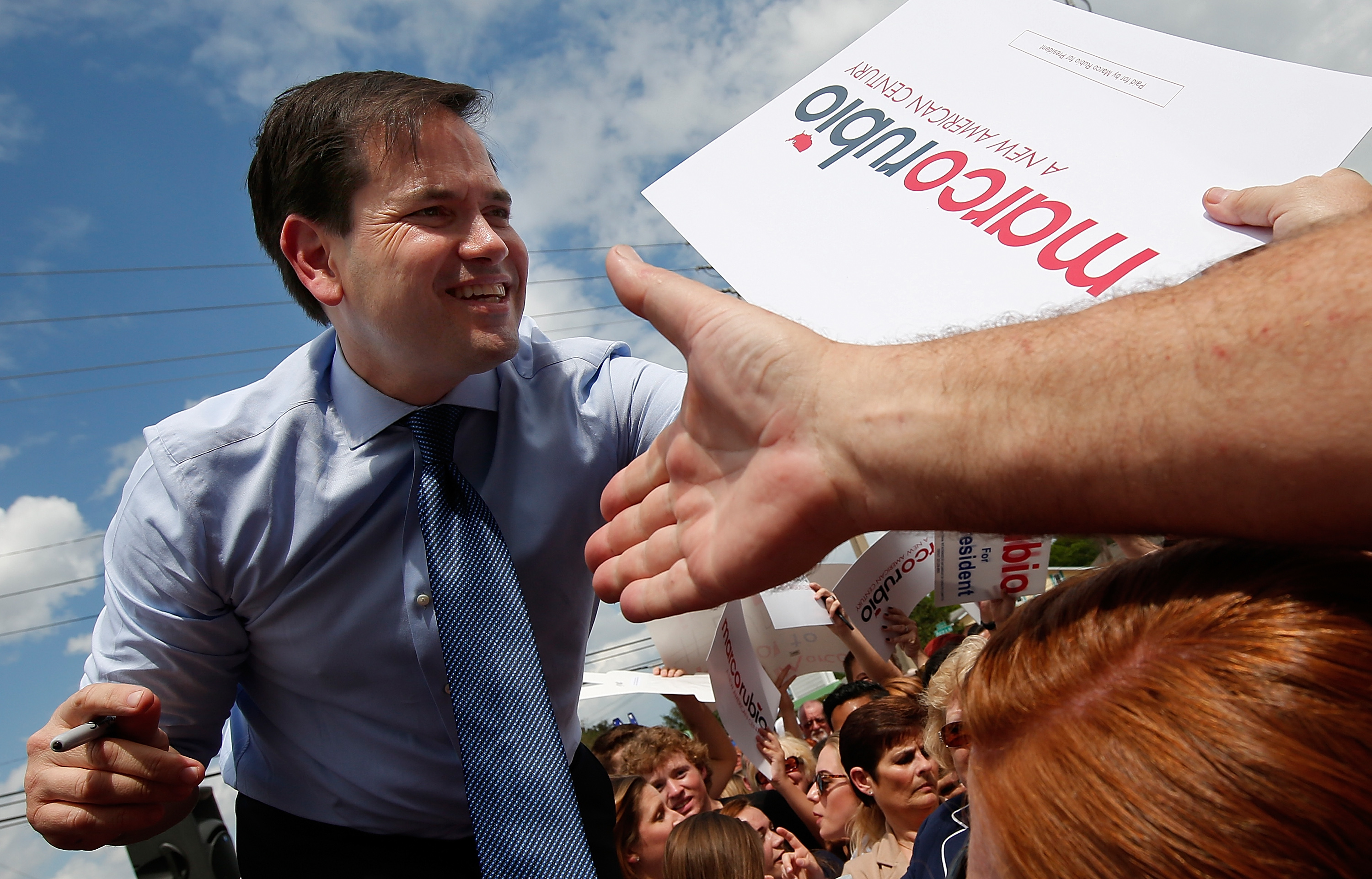 One-time Republican presidential candidate and Florida Sen. Marco Rubio will be running to keep his Senate seat, reversing course on his initial decision not to seek reelection.

"In politics, admitting you've changed your mind is not something most people like to do. But here it goes," Rubio said in a statement Wednesday. "I have decided to seek reelection to the United States Senate. I understand my opponents will try to use this decision to score political points against me. Have at it. Because I have never claimed to be perfect, or to have all the answers."

In an interview with the Miami Herald on Wednesday, Rubio explained what was behind his change of heart.

"I think that the point that really drove me to change my mind is that as we enter this kind of new chapter in our history here is, there's another role the Senate plays that I think can be really important in the years to come," he said. "And that's the power given to it in the Constitution to act as a check and balance on the excess of the president. It's even more important given the fact that control of the Senate could very well come down to what happens in the Florida race."

In his statement, Rubio said the specter of Hillary Clinton, the Democrats' presumptive presidential nominee, in the White House also drove his decision.

"With Hillary Clinton, we would have four more years of the same failed economic policies that have left us with a stagnant economy," Rubio said. "Even worse, if Clinton were president and her party took control of Congress, she would govern without Congressional oversight or limit."

But, Rubio admitted, an Oval Office with Donald Trump at the helm is also "worrisome" to him, and the Florida senator positioned himself as the best person to help reign in Trump's policy positions.

"It is no secret that I have significant disagreements with Donald Trump," Rubio said. "Some of his statements, especially about women and minorities, I find not just offensive but unacceptable. If he is elected, we will need Senators willing to encourage him in the right direction, and if necessary, stand up to him. I've proven a willingness to do both."

The Florida senator's decision came amid GOP concerns that its control of the Senate was in danger in November. The National Review was the first to report Wednesday that Rubio's intention to run for reelection.

Rubio had been under increasing pressure from his Senate colleagues to reconsider his previous decision, especially in light of a brutal Republican primary race in the state and the threat of losing the GOP's majority in the upper chamber come November.

The Florida senator suspended his bid for the presidency in March, after he failed to win the Republican primary in his home state.

After news broke of Rubio's intentions, Texas Sen. John Cornyn weighed in with his approval:

A former Rubio rival for the White House, Texas Sen. Ted Cruz, also announced his support for his Senate colleague just hours after Rubio declared he would seek reelection.

"Marco is a friend and has been an ally in many battles we have fought together in the Senate. I'm glad to support him in his bid," Cruz said in a statement Wednesday. "Marco is a tremendous communicator and a powerful voice for the American Dream."

Even Trump, who once said Rubio "couldn't get elected dog catcher" in his home state of Florida, had pushed his former rival to reconsider.

Trump sent a tweet in May urging the Florida senator to help "keep the MAJORITY" for Republicans in the upper chamber:

Rubio's chances for re-election against Democrats are higher than any other GOP challengers' to his Senate seat. According to a new Quinnipiac poll out Wednesday, Rubio leads either Democratic candidate.

In Florida, a new Quinnipiac poll shows Rubio leading Democratic Rep. Patrick Murphy 47 to 40 percent. He leads over Rep. Alan Grayson by a slightly larger margin: 48 to 40 percent. Murphy and Grayson, in comparison, are ahead of the other Republican contenders.