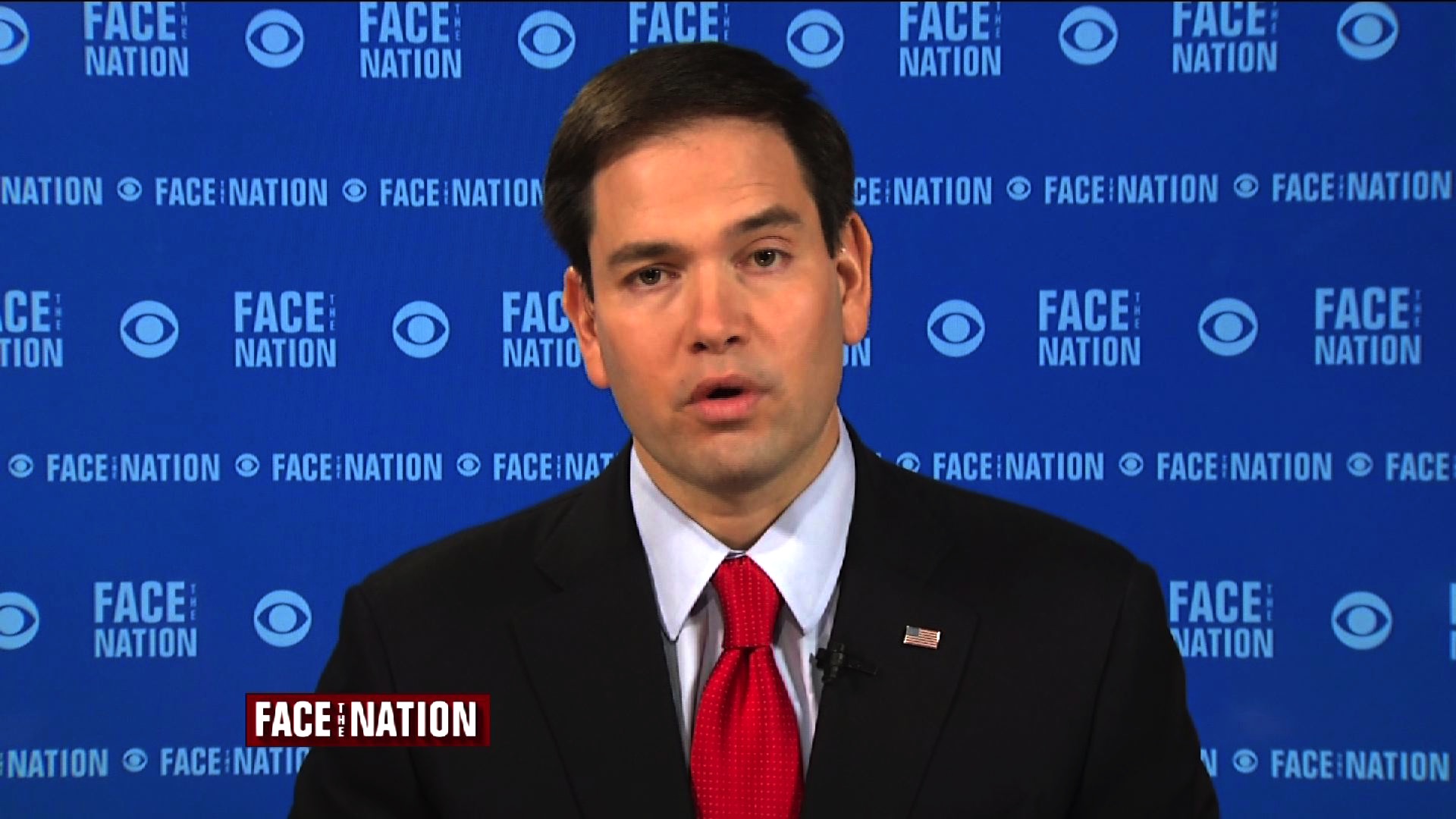 Sen. Marco Rubio, R-Florida, one of the most vocal critics of President Obama's move to normalize relations with Cuba, said Sunday that the president's actions were based on the "false notion that engagement alone automatically leads to freedom."

"Look at Vietnam and look at China, countries that we have engaged. They are no more politically free today than they were when that engagement started," Rubio said. "We need to hold this administration accountable for these policy changes, and if in fact, the Cubans do nothing reciprocal to do live up to or to open up political space, constantly challenge and reexamine these policy changes the president's made."

Although Rubio held up Vietnam and China as evidence that engagement will not lead to more freedom for the Cuban people, he also said that "comparing China to Cuba is not really a comparable analogy."

"China is the second-largest economy in the world, they have the third-largest nuclear arsenal on the planet, they are the most populous nation on the planet. So obviously, from a geopolitical perspective, our approach to China by necessity has to be different from a small impoverished island of 13 million people," Rubio said.

In a separate interview, Rep. Chris Van Hollen, D-Maryland, one of the lawmakers who accompanied freed prisoner Alan Gross back to the U.S. the day of Mr. Obama's announcement, called criticism like Rubio's "rhetorical chest-thumping" that doesn't actually advance the goals of American foreign policy.

"We have isolated the Cuban people, but we have actually reinforced and helped sustain the power of the Castro brothers. So, more engagement directly with the Cuban people, more travel, more trade, more ideas back and forth, that will over time, I think, help loosen things up from the bottom up. This isn't going to happen tomorrow. And we're not expecting a transformation in the views of the Castro brothers, but more engagement will work better than the policy of the last 54 years," Van Hollen said.

He acknowledged that the transformation "isn't going to happen overnight" but said that greater communication between the people of Cuba and the U.S., especially in the business world, will help create more personal freedom "over time."

He said a "fair amount" can happen immediately under the president's orders in terms of increasing travel and trade, but that the long-term goal of those who advocate normalizing relations with Cuba is to lift the embargo.

That is dependent on Congress, and the president will face stiff opposition there.

"If you're being offered the ambassadorship to Cuba, turn it down, 'cause you don't have a snowball's chance in hell of getting confirmed," said Sen. Lindsey Graham, R-South Carolina, in a separate interview. "The Congress is not going to reinforce this policy. There will be no confirmation of an ambassador to Cuba because the Castro brothers are terrible dictators who deserve no new engagement."

He also pledged to use his post as the chairman of the Senate Foreign Relations Committee Subcommittee on Foreign Operations to limit the size and scope of the U.S. embassy in Cuba.

Graham argued that the American policy has been effective because Cuba has transformed from an "interventionist Communist power" in places like Angola and Grenada to "a backwater, poor dictatorship" in the last five decades.

He also said they were still a cause of concern because they attempted to ship arms to North Korea last year.

Full transcript of "Face the Nation" on January 23, 2022
Rebecca Kaplan