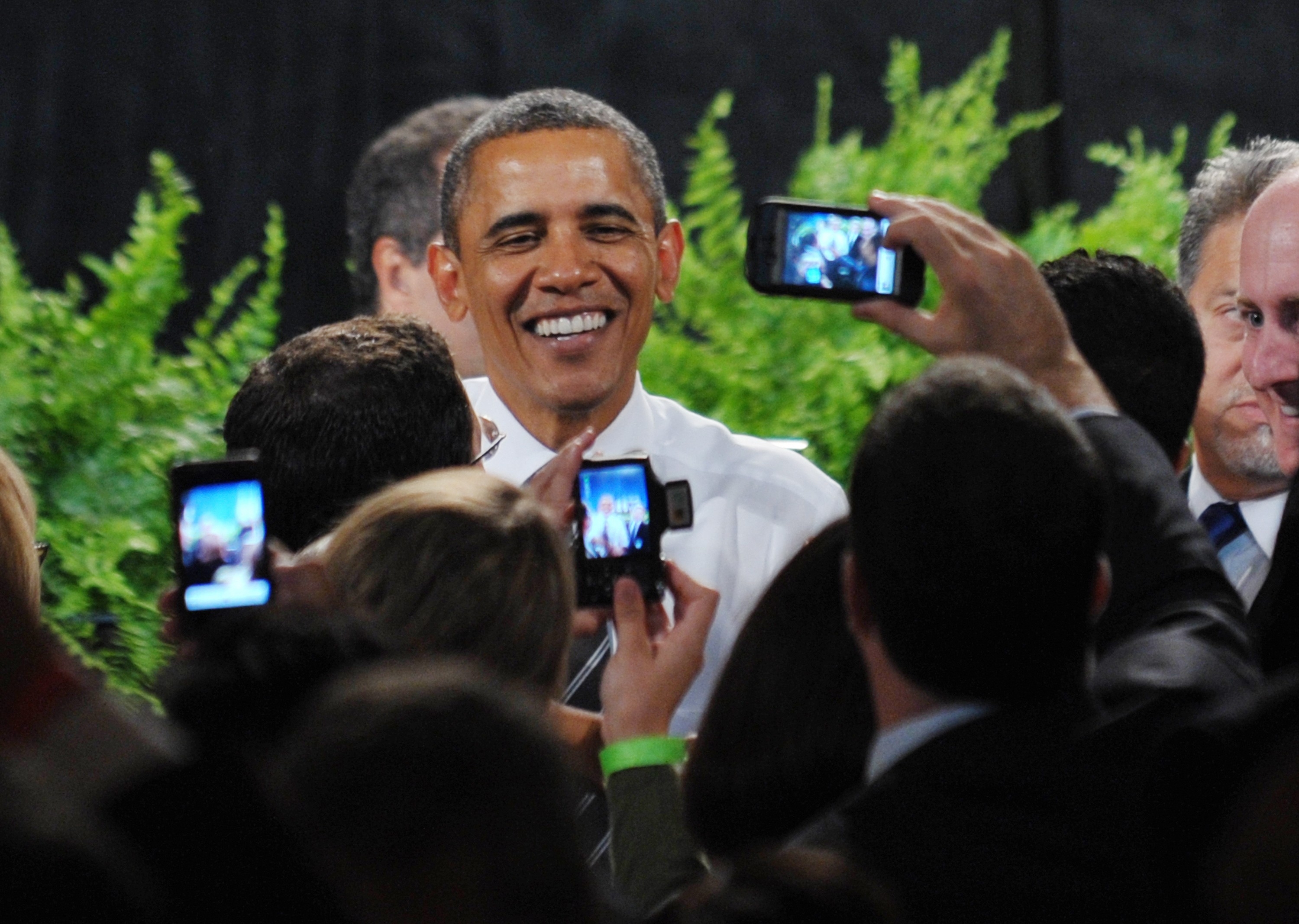 The President's first stop will be at Sarah and Victor Kovner's apartment on West 67th St. Kovner is a lawyer with the firm Davis, Wright Tremain and a long time Democratic donor as well as the former chair of the New York State Commission on Judicial Conduct. 100 people are expected to attend, at a cost per person of $5,000.

The second stop will be a dinner for 80 people in the Flatiron District at the ABC Kitchen restaurant for $35,800 a plate.

Next, the president will head around the corner to the ABC Carpet & Home for a gala for 900 where guests will pay at least $1,000 each. Hosts include Deepak Chopra and Russell Simmons. The "Parks and Recreation" sitcom star Aziz Ansari will emcee the event.

The president will cap the night at a dessert reception at the home of Michael Smith and his partner James Costos on East 72nd street. Smith is the noted interior designer who redecorated parts of the White House.

All proceeds will go to the Obama Victory Fund, a joint fundraising committee authorized by Obama for America and the Democratic National Committee.

Former Gov. Mitt Romney is expected to return to Manhattan for a fundraiser at the Waldorf Astoria Hotel on March 14th, according to Politico.

CBS News has mapped Mr. Obama's and Romney's events in Manhattan since January 1, 2012. Check out the map below.