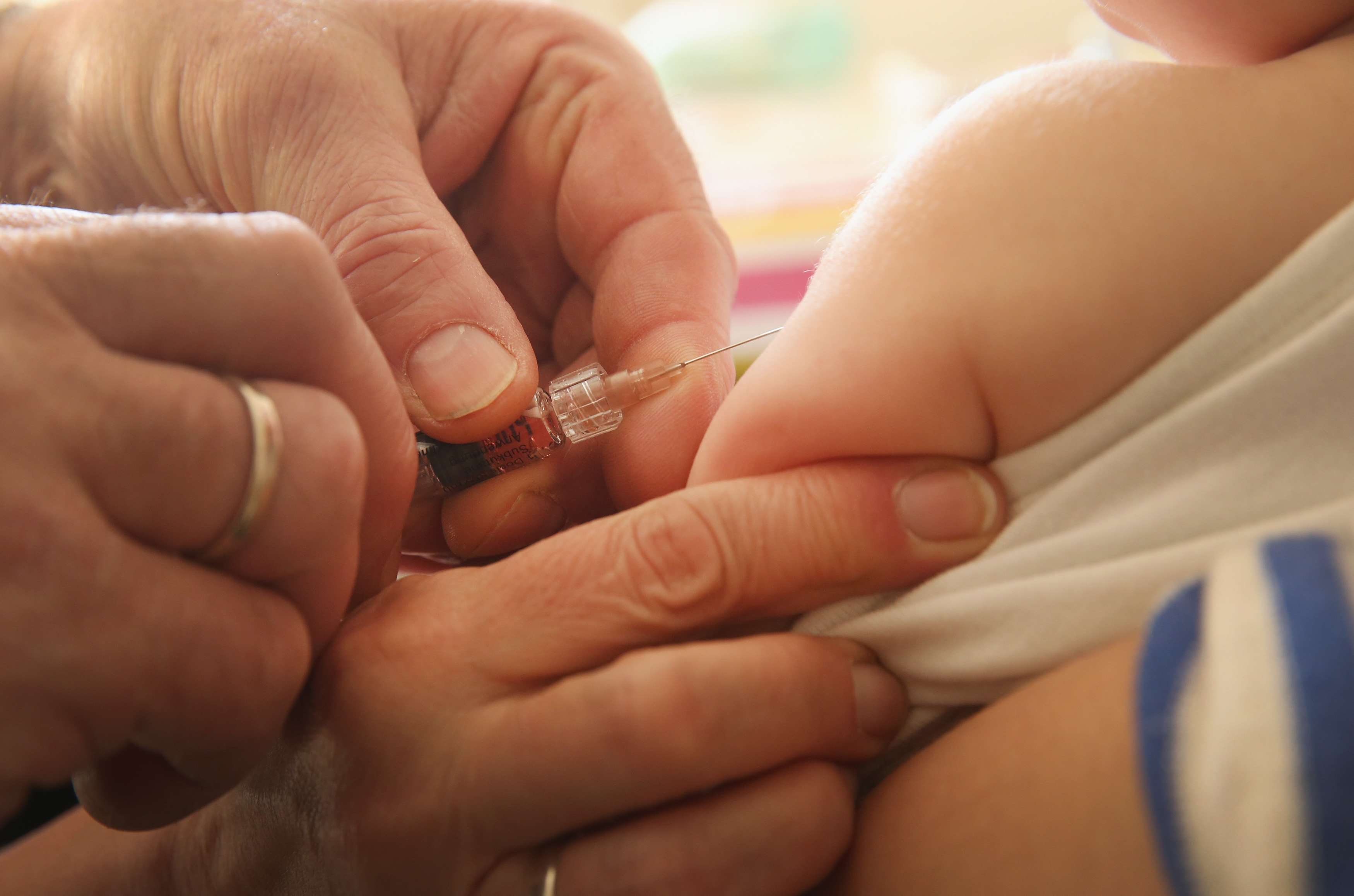 Several highly publicized measles outbreaks in the U.S. in recent years -- most notably the Disneyland outbreak earlier this year -- have highlighted the dangers that come when parents choose not to vaccinate their children. Some doctors are taking a stand by simply refusing to see unvaccinated patients.

According to a new study published in the journal Pediatrics, 1 in 5 pediatricians regularly dismiss families who refuse to have their children vaccinated.

The strategy, which goes against guidelines from major health organizations, is most common among doctors in private practice, those located in the South, and those in states with vaccination laws that don't allow philosophical exemptions, the study found.

Lead author Dr. Sean O'Leary, a pediatric infectious disease specialist at Children's Hospital Colorado, said that anecdotally he's heard that pediatricians across the country -- particularly those in California -- are feeling pressure from other families to refuse unvaccinated patients following the Disneyland measles outbreak.

"The families essentially are saying I don't want to bring my child to a practice that accepts non-vaccinaters because I don't want my kid getting sick in the waiting room," O'Leary told CBS News.

Both the American Academy of Pediatrics and the U.S. Centers for Disease Control and Prevention discourage the practice of refusing unvaccinated patients, instead urging doctors to build a relationship with the vaccine-skeptic parents that could lead to convincing them of the need to vaccinate their kids.

But some doctors are choosing the opposite route. "For these physicians, what I'm hearing them say is they strongly feel not immunizing their children is such a great risk that they're taking a stand," Dr. H. Dele Davies, a member of the American Academy of Pediatrics' committee on infectious diseases and vice chancellor for academic affairs at the University of Nebraska Medical Center, told HealthDay.

To determine how widespread the practice of dismissing unvaccinated patients is, O'Leary and his team of researchers surveyed 815 pediatricians and family physicians in 2012. Of the 66 percent of doctors who responded, most said it was generally rare for a parent to refuse to vaccinate their child.

But when that does happen, 21 percent of pediatricians and 4 percent of family physicians in the survey reported that they "always" or "often" dismiss these families.

While previous studies have shed light on this topic -- with varying results -- this is the first national study solely dedicated to answering this question, O'Leary said.

In addition to not wanting to get other patients in their practice sick, O'Leary said physicians may have other reasons for refusing these patients. "For some pediatricians, they really feel like it actually compels some parents to get their child vaccinated," he said. "Imagine that you're a parent and it's your infant's two-month-old visit and you're on the fence about getting your child vaccinated. Your pediatrician tells you they feel so strongly about it that they don't take care of people who don't get vaccinated in their practice. That may convince you that it's a good idea to get it done."

O'Leary also noted that family physicians may be less likely than pediatricians to dismiss patients because they care for the whole family and they do not encounter as many infants -- and thus as many vaccine-hesitant parents -- as pediatricians.

A big unknown, the researchers point out, is what happens to the patients who are dismissed, which begs for more research on this topic. "We just don't know what happens to those families," O'Leary said. "Do they then go to an alternative provider who doesn't provide vaccines, in which case there's never the opportunity to vaccinate those children, or do they go ahead and get their child vaccinated? We don't know."