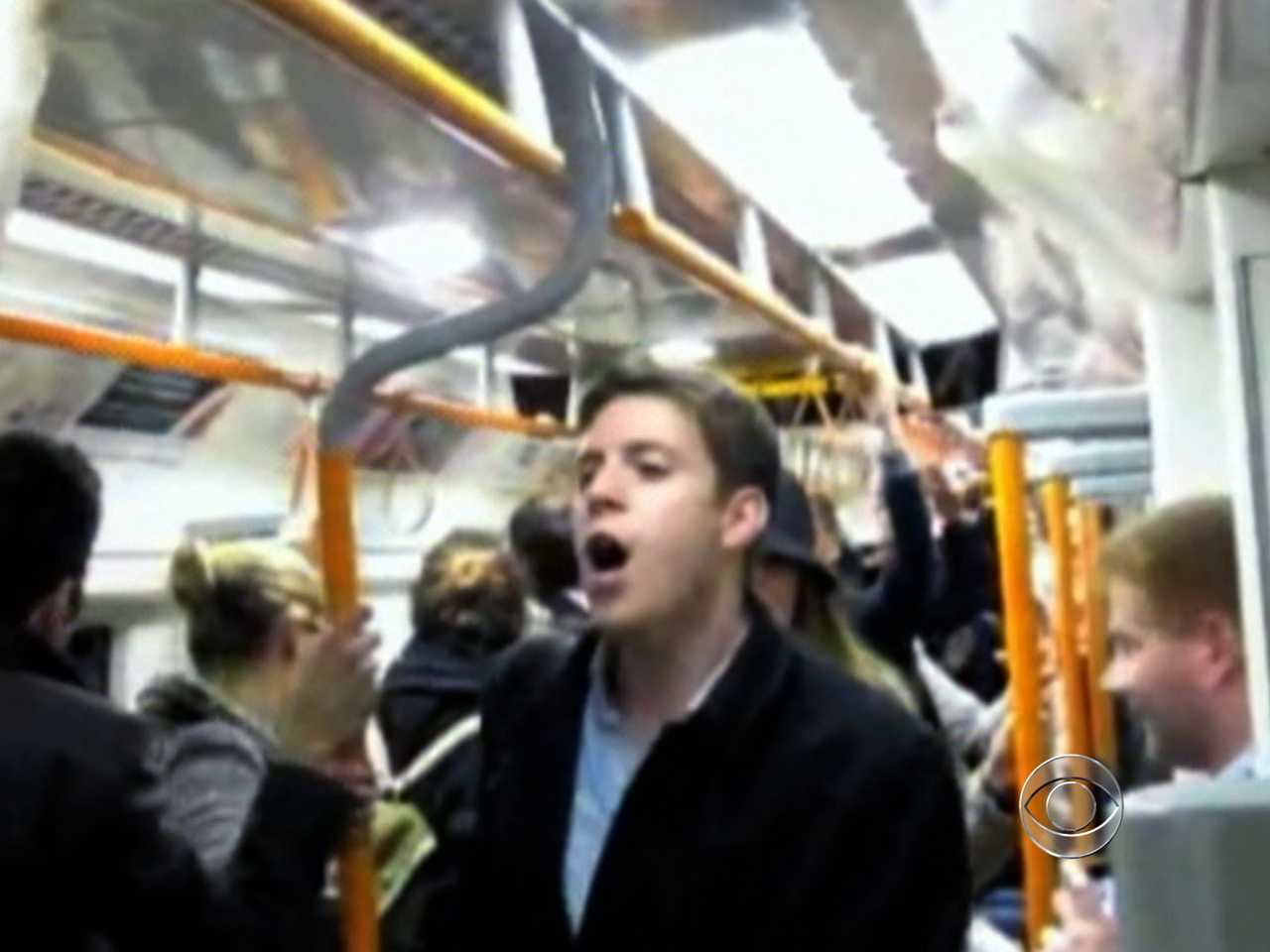 A British man found a unique way to propose to his girlfriend.

You might say it - hit all the right notes, reports CBS News correspondent Charlie D'Agata.

Adam King and Lucy Rogers were on a commuter train - referred to as "the tube" - when, out of nowhere, one-by-one, most people on the car began singing her favorite song, Bill Withers' classic "Lovely Day."

The singers? Members of a choir in which Adam sings.

Not all the passengers were in on it, but it quickly became clear the performance of the impromptu choir had been carefully choreographed.

The reason for the sudden singing revealed itself when Adam went down on one knee in front of his stunned girlfriend.

The music stopped as he said simply, "Lucy, will you marry me?!"

The choir members had only a three-minute window to board the train without being recognized by Lucy.

Adam said he knows he's got a hard act to follow for the wedding - but at least he's got the choir booked!

To see all the magic happen, then hear what they had to say about it to Mitchell, click on the video above.