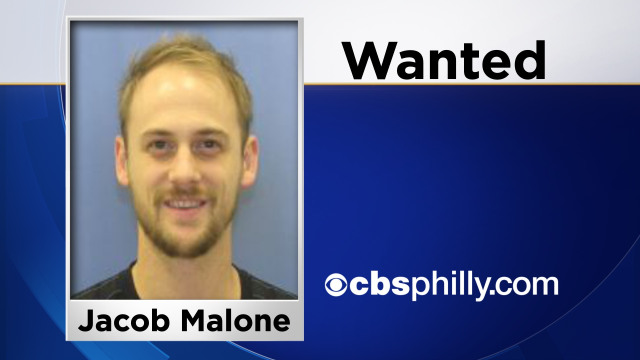 WEST WHITELAND Twp., Pa. -- Police in Chester County are hunting for a church leader they say is wanted for rape and related charges, CBS Philly reports.

Authorities say 33-year-old Jacob Malone may already have fled the southeastern Pennsylvania area, but they're asking for the public's help finding him.

West Whiteland Township police detective Scott Pezick told the station Malone was a pastor at a church in Arizona when he first met his victim, then 12. He continued contact with her until she was at least 17, he said.

"And during this time he began molesting this child," Pezick said, according to CBS Philly.

Malone worked with Calvary Fellowship Church in Downingtown. He's charged with rape and institutional sexual assault, but Pezick says, as a pastor, Malone moved around quite a bit, even doing missionary work overseas.

"We don't know where he is, so the net is pretty wide at this point."

Pezick says the church in Downingtown is cooperating, and investigators are reaching out to other locations to see if there are more victims.