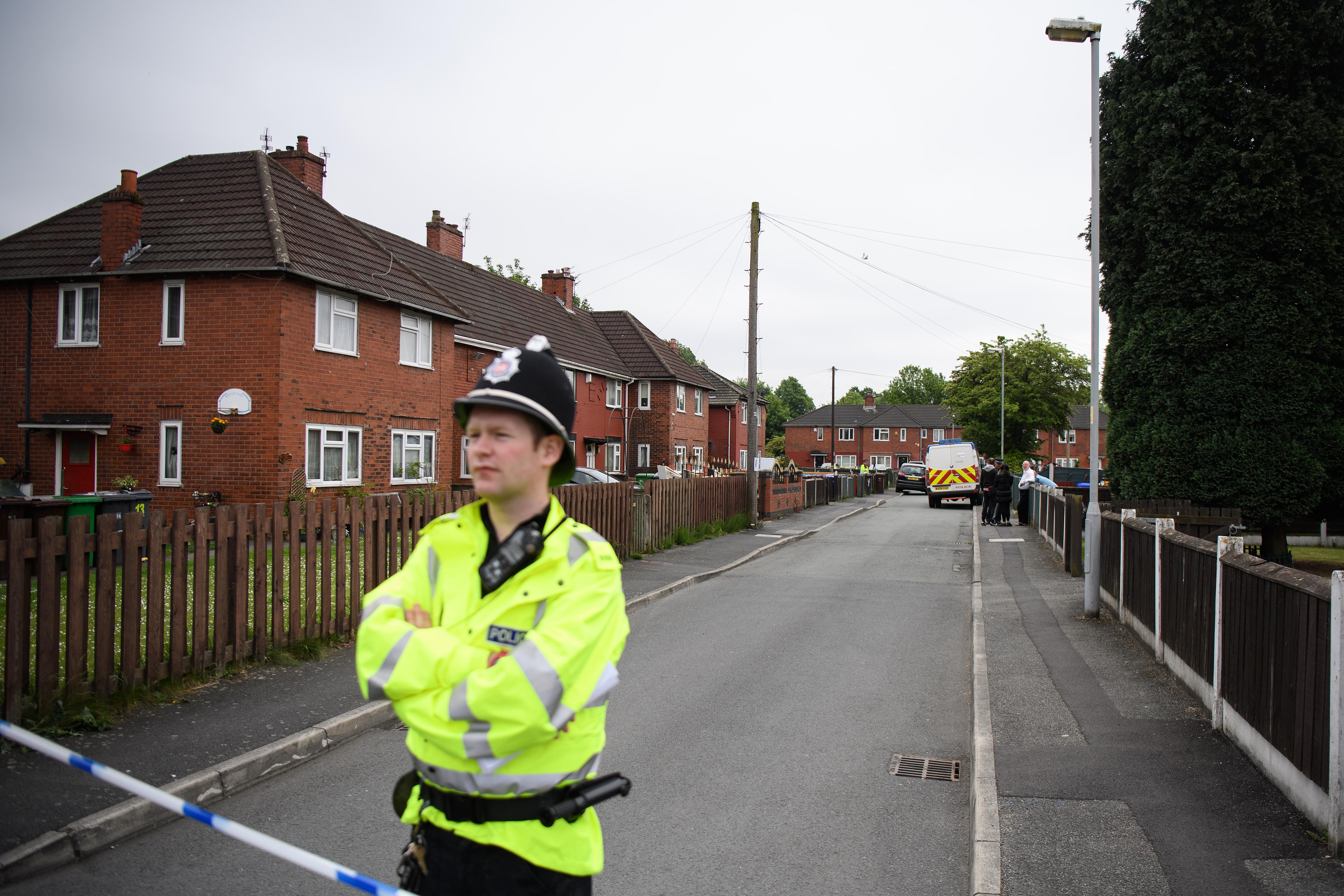 Salman Abedi, the young Briton who killed 22 people with a suicide bomb at a concert in his native Manchester on Monday night, was raised in a neighborhood that has produced a small cadre of terror recruits.

Since the deadly attack on the Ariana Grande concert at Manchester Arena, police have carried out a number of raids around the southern Moss Side district of the city where Abedi lived with his parents and two siblings on Elsmore Road. At least four people have been detained in those raids since Tuesday morning.

The most recent police operation focused on an address in central Manchester, in an apartment building where witnesses said armed officers forced their way into a home, but the vast majority of police activity since the concert bombing has been due south of the center, near Moss Side.

Police said one man was arrested Tuesday in Chorlton, and three more were detained Wednesday near the same location.

The Guardian newspaper reported in February that no fewer than 16 people from a two-and-a-half mile radius in that area had either died fighting with jihadist groups, or been convicted of terrorism offenses. Six of those individuals came from within just one mile of the Moss Side neighborhood where another infamous resident lived.

That report focused on Ronald Fiddler, a 50-year-old Moss Side resident and former Guantanamo Bay detainee who was released and then went on to blow himself up in Iraq early this year as a suicide bomber for ISIS.

The Guardian reported that Fiddler, who also went by the name Jamal al-Harith, and the 15 other Islamic extremists from the Moss Side area who were identified in the newspaper's investigation, "were part of a radical network and some of them prayed at the same mosque."

So the logical question to ask is why so many radicalized Muslim men have come from such a small area.

Moss Side is not an affluent area, and it has a large immigrant population. It has been well documented by CBS News' own reporting that such neighborhoods are fertile ground for radicalization. We visited Molenbeek, in the Belgian capital of Brussels, and similar neighborhoods in the Paris suburbs, where thousands of young men have scant economic prospects and little faith in their governments to help.

A family member said Ronald Fiddler struggled to find work in Manchester after being released from U.S. custody in Guantanamo Bay, uncharged with any crime, before heading for Iraq to join ISIS.

The details of Salman Abedi's story are still emerging, but it is clear that he was on the British authorities' radar screen -- not as a serious security threat, reported CBS News' Mark Phillips, but as someone on the periphery of Islamic extremist movements in the U.K.

That assessment was clearly flawed, as proven by the Manchester police chief's confirmation on Wednesday that his force is investigating "a network," and not a suspected lone-wolf attack.

There was also a growing focus on Abedi's father on Wednesday, with The Associated Press reporting he has past ties to an al Qaeda-linked group in Libya, and possibly still harbors extremist Islamic views.

Salman Abedi and other members of his family were frequent worshipers at the Didsbury mosque, also in south Manchester. That mosque, also called the Manchester Islamic Center, released a statement on Wednesday condemning the "horrific" bombing and offering "thoughts and prayers" to the victims.

An official of the Islamic center led a minute of silence outside the mosque later Wednesday to show respect for those killed and maimed in the attack. After that, Fawzi Haffar, a trustee of the Islamic center, read out a brief statement reiterating condolences, and saying the "act of cowardice has no place in our religion, or any other religion for that matter."

He called on anyone with information about Abedi to come forward to police to help their investigation, and refuted claims that the bomber had ever worked at the mosque.

Reports have also said Abedi's father and elder brother were active at the mosque. Haffar did not dispute those claims.

But the revelations from the ongoing investigation will only increase the focus in the coming days -- of both the news media and investigators -- on Moss Side, the Didsbury mosque, and the "network" of Islamic extremists who may still live in the area.