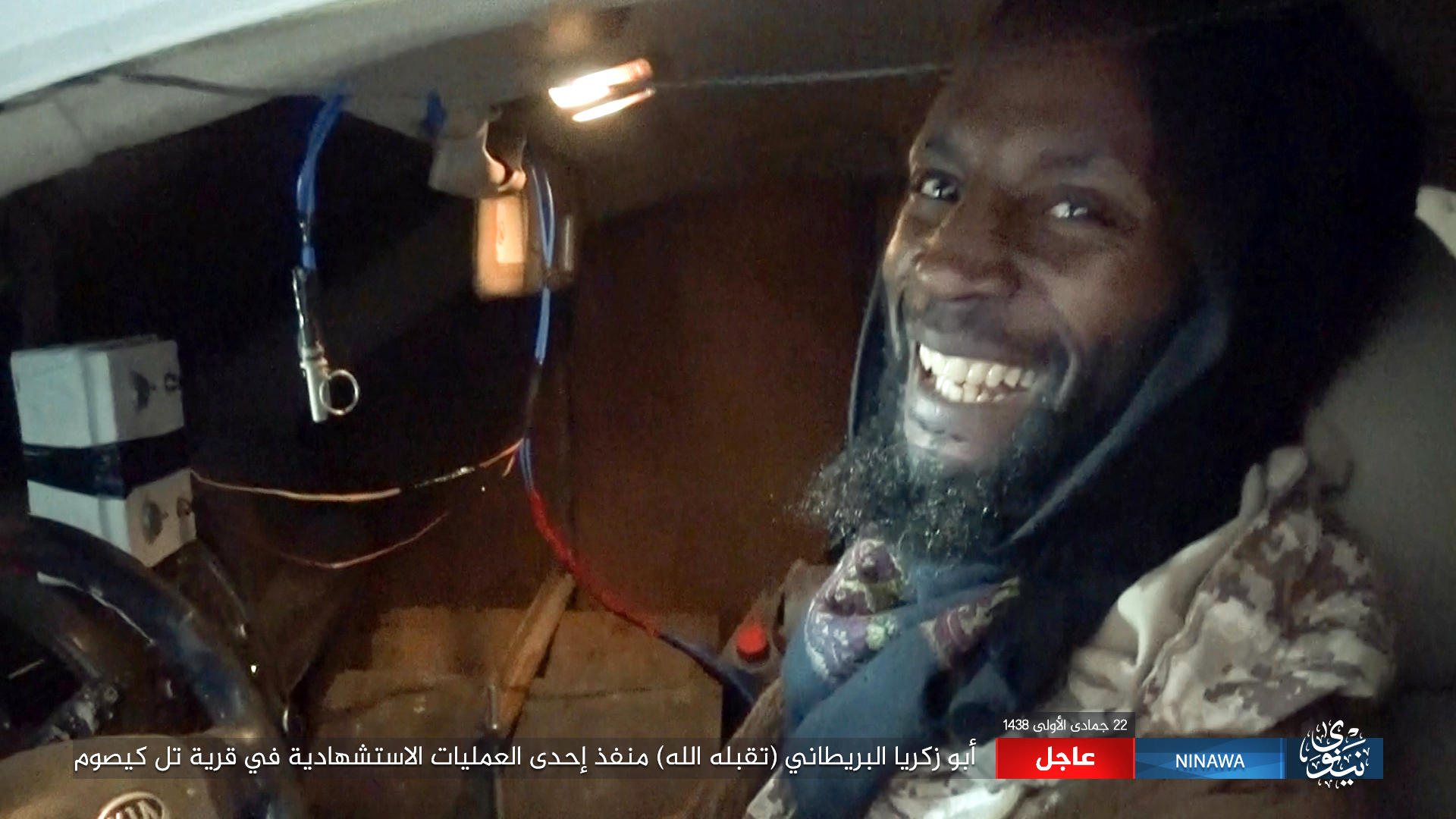 LONDON -- A suicide bomber who attacked a military base in Iraq this week was a former Guantanamo Bay detainee freed in 2004 after Britain lobbied for his release, raising questions about the ability of security services to track the whereabouts of potential terrorists.

The Islamic State of Iraq and Syria (ISIS) identified the bomber as Abu Zakariya al-Britani, and two British security officials also confirmed the man was a 50-year-old Briton formerly known as Ronald Fiddler and as Jamal al-Harith.

He was one of 16 men paid a total of 10 million pounds (now worth $12.4 million) in compensation in 2010, when the British government settled a lawsuit alleging its intelligence agencies were complicit in the torture of prisoners at Guantanamo Bay, according to the officials.

The officials spoke on condition of anonymity because of the sensitivity of the issue.

Al-Harith was a web designer and convert to Islam when he set off on a visit to a religious retreat in Pakistan in October 2001. He says he was warned the country was not safe due to deep anti-British and American sentiment in the days before the U.S. attack on Afghanistan, and decided to return to Europe by land via Iran and Turkey.

Instead, he said he was detained at gunpoint near the border with Afghanistan and turned over to the Taliban, which charged him with being a British spy, beat him and threw him in jail. A couple of months later he was liberated by the Northern Alliance and allowed to call home. He told his family he would be back soon, but instead was turned over to the Americans and sent to Guantanamo Bay. Like many others, he claims he was tortured there.

He was released in March 2004 along with four other British detainees who had been held for up to two years over their alleged links to al Qaida and the Taliban.

Hardship followed him to his native Manchester, England, said his sister, Maxine Fiddler. He struggled to find work.

“Once you’ve been labeled (as a terrorist) people always say there’s something there, and that’s stopped him from getting a job,” Fiddler said of her brother in an interview in 2007.

Al-Harith and 15 others had sued the British government, alleging it knew about or was complicit in their treatment while in the custody of U.S. forces.

“Plainly he was a terrorist and he was a potentially dangerous terrorist,” he told the BBC. “The issue was the legal disclosure rules. If someone brings a civil action for damages they are entitled to disclosure of material, some of which may be national security material.”

The issue will raise questions about how a person clearly on the radar of security officials might have left Britain and traveled to the Middle East without raising signals from the security services.

Arthur Snell, a former head of the Prevent program, which is part of the Britain’s counter terrorism strategy, said the authorities clearly had lost track of him.

“It’s obvious that collectively, the authorities - and obviously I have some personal responsibility there - we failed to be aware of what Fiddler was up to,” the told the BBC.