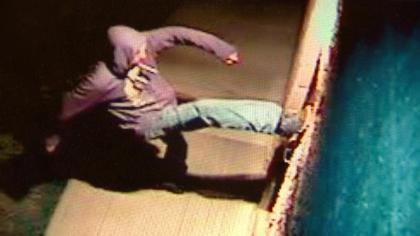 FORT COLLINS, Colo. — Authorities say a man who pleaded guilty to a hate crime for vandalizing a Colorado mosque has killed himself. The Coloradoan reported Monday that 36-year-old Joseph Giaquinto took his own life Saturday.

His death came two days after he was sentenced to three years in wellness court and six months of work release for throwing rocks and a Bible through the windows of the Islamic Center of Fort Collins.

Prosecutors said the former Army medic's actions escalated to a hate crime because they were deliberate.

The defense argued he was suffering from post-traumatic stress and alcohol abuse disorders.

His lawyer Heather Siegel said the act was a crime of location since he lived near the mosque. She said he was drunk and was later "horrified" to learn what he had done.