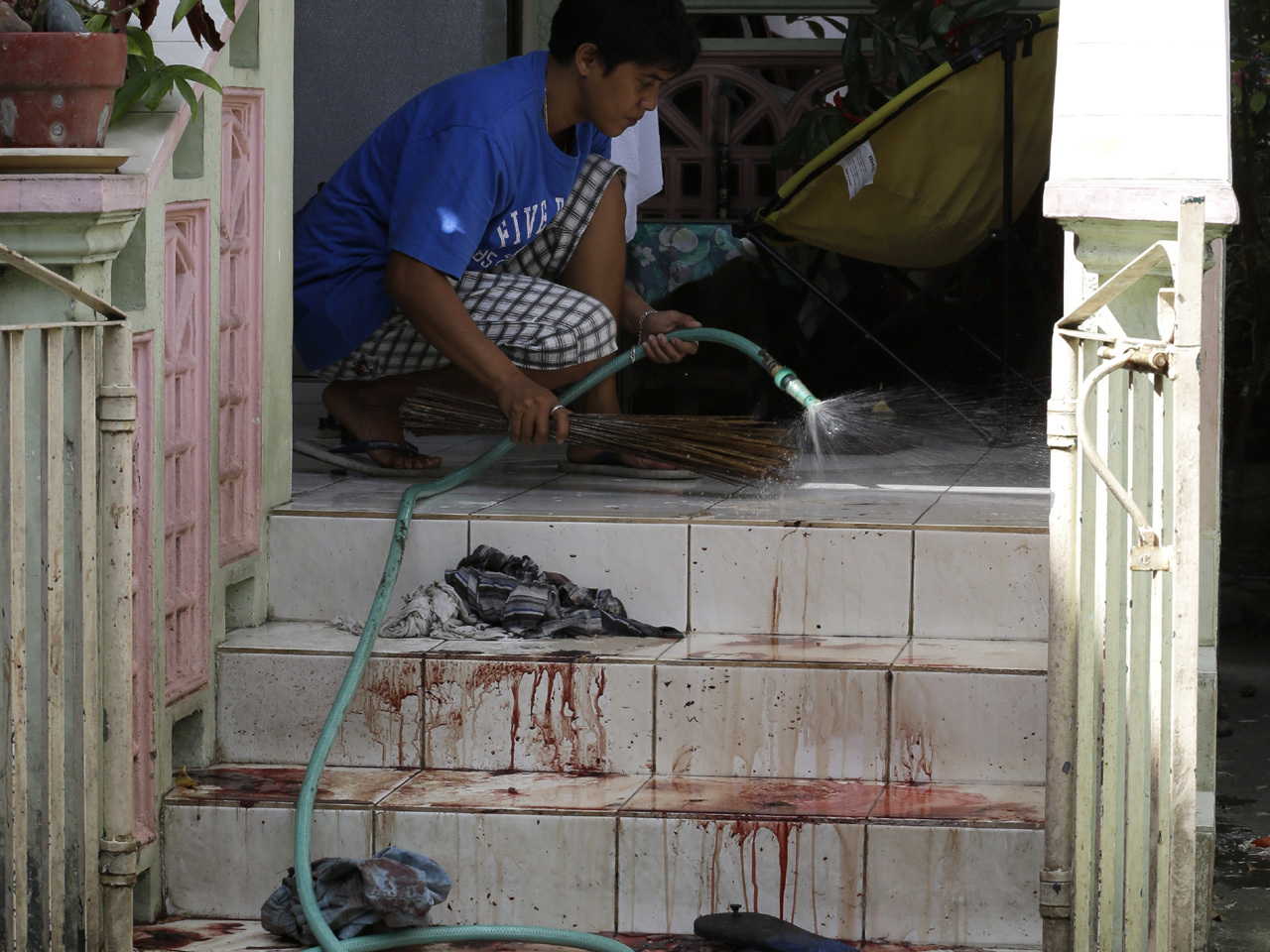 MANILA, Philippines A house caretaker who reloaded the pistol of a man who went on a shooting rampage near Manila that left nine people dead is facing multiple murder charges, officials said Saturday.

Eleven people were wounded in the incident in Cavite province's Kawit township, about 10 miles south of Manila.

The carnage occurred just days after the death of a 7-year-old girl who was hit in the head by a stray bullet during New Year's Eve revelry in Manila, sparking public criticism over lax gun control in the Philippines. Friday's rampage fueled pressure for more assertive action by authorities to deal with unlicensed firearms.

"This is really one of the worst shooting incidents in the Philippines, after the Maguindanao massacre," Borromeo said, referring to the November 2009 killing of 54 people, including 32 media workers, allegedly by followers of a powerful political clan in the southern Philippines.

Borromeo said Lopez, 27, explained that Bae, 41, had threatened to kill him if he did not reload bullets into the magazines of a .45-caliber pistol used in the killing spree.

Borromeo, however, said Lopez never tried to stop Bae or talk him out of the rampage, whose victims included a pregnant woman and her young daughter and 7-year-old girl.

"We will file a case against him of multiple murder and multiple frustrated murder," Borromeo said.

He also said the Kawit police chief and his deputy have been relieved of their posts by senior police officials while they are being investigated for allegedly not responding to reports that Bae had fired his weapon behind his house four days earlier. Borromeo said records and officers' testimonies indicated they received no such reports.

It was unclear what triggered the rampage, but Bae had a "marital problem" with his wife, whom he left in northern Pampanga province and returned to his old home in Kawit for the New Year, Cavite provincial Gov. Jonvic Remulla said.

Bae's wife, Maria Elena, 36, said her husband left their house in Pampanga on Tuesday after a violent confrontation on New Year's Eve when her husband accused her of having an affair, which she denied.

"He was red in the face. It seemed like he was not himself anymore," she said, adding that he was on drugs.

"I am sorry for what my husband has done," she told reporters at a funeral parlor in Kawit with her husband's remains. Addressing families of the victims, she said, "Please don't blame me."

Bae, who was killed in a shootout with police, had been on a "drug and alcohol binge" with his friends since Wednesday, drinking and taking methamphetamine, Remulla said.

Bae also killed a 7-year old girl and wounded her 2-year-old sister and 4-year-old brother, who is his godson. The three children tried to shield themselves behind seat cushions, said their uncle Edwin Lacorte. The two children are in serious condition in a hospital.

Abigail Valte, a spokeswoman for President Benigno Aquino III, said the killings "will certainly fuel the efforts of the (Philippine National Police) in its drive against loose firearms."

Police estimate there are about half a million firearms that are either unlicensed or have expired licenses around the country.

The proliferation of firearms has long fueled crime, political violence and Muslim and communist insurgencies that have raged for decades in parts of the country.

Previous attempts by authorities to clamp down on unregistered weapons have yielded little result.