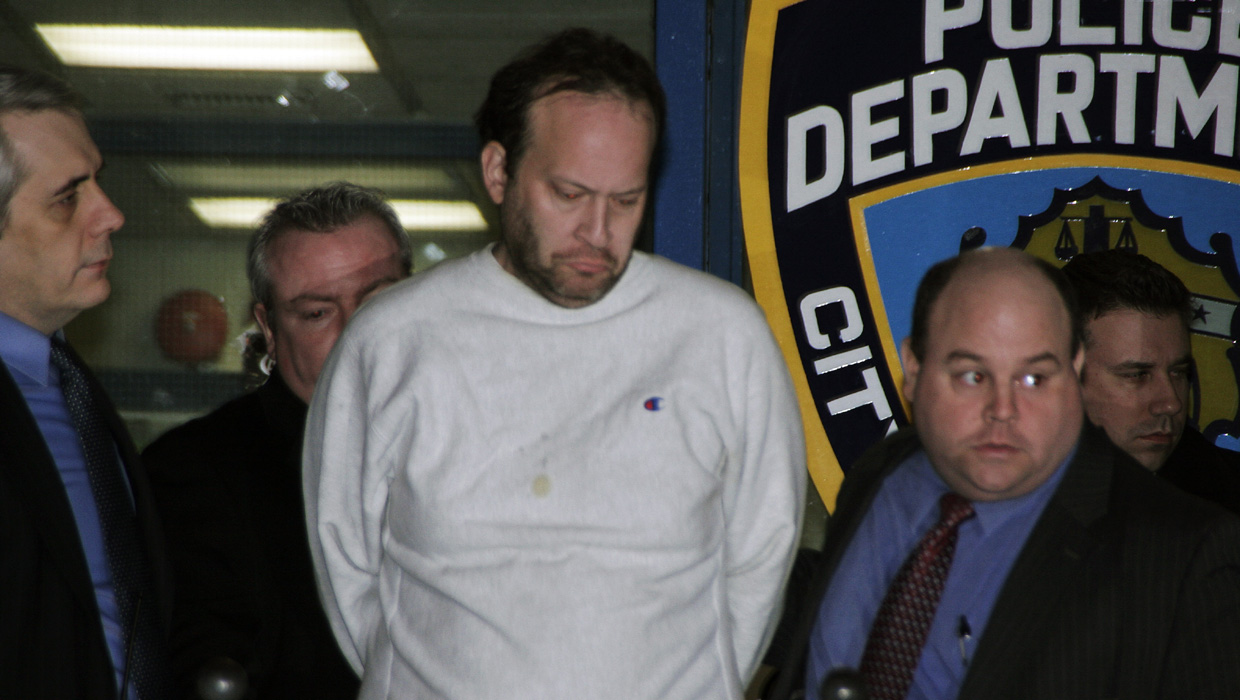 NEW YORK - A schizophrenic was sentenced Friday to life in prison without parole for hacking a Manhattan psychotherapist to death with a meat cleaver, capping a criminal case confounded for years by questions about the attacker's mental health.

In a moving proceeding, 47-year-old David Tarloff described a constant battle in his mind and pleaded for mercy as he was sentenced on his first-degree murder conviction, a conclusion that came after repeated mistrials and findings that Tarloff was unfit for court.

He apologized to the family of victim Kathryn Faughey and begged for as light a sentence as possible - 40 years to life - while describing 28 years of being tormented by what seemed to him like the voices of God and Satan. "I've never hurt a single person intentionally," Tarloff said. "I didn't want to do this, I swear to God... but I thought all these bad things were going to happen."

The victim's siblings described the life she had built for herself as the eldest of seven children of Irish immigrants, and the judge talked about his own similar upbringing and his certainty that she was leading a beautiful life in heaven.

Tarloff never disputed killing Faughey in February 2008 in the psychologist's New York City office. Tarloff had never met her but intended to stick up her office-mate - a psychiatrist he hadn't seen in 17 years - in hopes of netting tens of thousands of dollars to use to take his sick mother to Hawaii.

His defense argued that the often hospitalized, frequently delusional Tarloff should not be held criminally accountable for the bloodbath. But prosecutors said despite his psychiatric condition, Tarloff - whose doctors had found him to be obsessed with religion - behaved deliberately and knew he was doing wrong.

Faughey's family saw Tarloff as a conniving criminal: "He is a liar. He is a thief. He is a thug," said one of her brothers, Owen Faughey, as he noted a bitter irony: "If given a chance, I know our sister would have helped him."

"His illness doesn't negate the ability to assess the morality of his actions," Manhattan Assistant District Attorney Evan Krutoy said in a closing argument in March. "Convict him. Because he's guilty."

But defense lawyer Bryan Konoski told jurors at that time, that "David's reality is nothing like any of you have ever experienced in your life."

Tarloff was diagnosed with schizophrenia while in college, when he told physicians he felt like his "brain was falling apart." Over the ensuing years, he reported seeing the "eye of God" on a kitchen floor, believing his brain was talking to him as Satan and thinking he was the Messiah, medical records show.

By early 2008, he had become panicked about how a nursing home was caring for his mother, and he was fixated on getting her out. He came up with the robbery plot targeting Faughey's office-mate, Dr. Kent Shinbach, who had been the first doctor to commit Tarloff to a hospital.

Tarloff told authorities he figured he would get Shinbach's ATM card and withdraw $40,000 or more. He later told doctors he believed he had God's blessing for his plan.

It took a turn when he walked into the office and encountered Faughey, a psychologist who specialized in helping people with relationships.

He slashed her 15 times with a meat cleaver, fractured her skull with a mallet and seriously wounded Shinbach when he tried to intervene.

Tarloff told authorities he hadn't intended to hurt anyone but thought Faughey was going to kill him, though he also has told doctors he thought she was malevolently associated with Shinbach.

Prosecutors noted that Tarloff bought weapons for the robbery, called ahead to find out the office's hours and successfully avoided authorities for a few days before police identified him through fingerprints.

"Doctors Faughey and Shinbach devoted their careers to helping people who have mental illnesses, making this cold-blooded attack all the more tragic," Manhattan District Attorney Cyrus R. Vance Jr. said in a statement after the sentence was handed down.

Insanity defenses, like Tarloff's, are offered in less than 1 percent of felony cases nationwide, and only about 20 percent of those are successful, researchers have found.

Tarloff was initially found mentally unfit to stand trial. Then he was declared competent, but his behavior deteriorated during jury selection in 2010 and he was found incompetent again for a time. A trial last year ended in a hung jury. In addition to first-degree murder, Tarloff was convicted in March of second-degree murder, assault and attempted robbery.

Owen Faughey said after the sentencing that he hoped prison officials treated Tarloff with compassion. State Supreme Court Justice Edward McLaughlin had noted that prison officials were aware of Tarloff's medical history and would most likely hold him in a prison psychiatric unit, rather than in the general population.

Owen Faughey was among about a dozen Faughey relatives at the sentencing. Some of her siblings have attended all the roughly 95 days of court since the case began.

"It's final, it's over, and we're very relieved with that," another brother, Michael Faughey, said afterward.