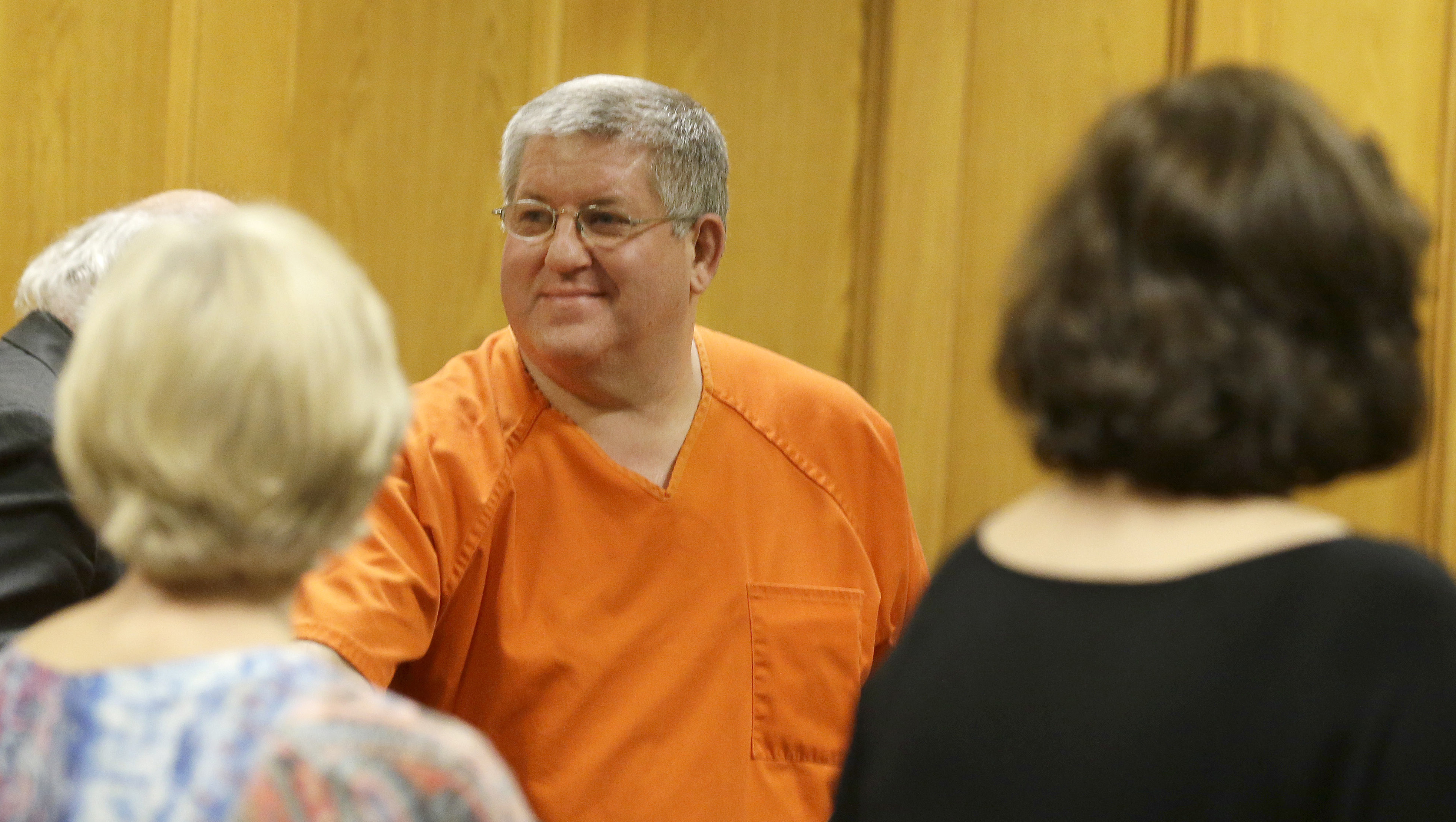 CARTHAGE, Texas - A former mortician whose killing of a rich widow shook an East Texas town and later inspired a movie was released on bond Tuesday after the district attorney who prosecuted him agreed to let him out of a life sentence.

Bernie Tiede was set free after a judge who recommended his prison term be reduced set a $10,000 bond. A state criminal appeals court still must formally sign off on the sentence reduction.

The now-55-year-old Tiede, who was well liked in the close-knit community of Carthage, was convicted in the death of his longtime companion, Marjorie Nugent, who was found dead in a freezer months after disappearing in 1996. The 81-year-old widow had a reputation among townspeople as a crotchety cheapskate. The case inspired the 2011 dark comedy "Bernie" starring Jack Black in the title role and Shirley MacLaine as Nugent.

Special Judge Diane DeVasto also agreed to let Tiede live in Austin with filmmaker Richard Linklater, who co-wrote and directed "Bernie" and volunteered to take Tiede in. Tiede will be under strict bond conditions.

Panola County District Attorney Danny Buck Davidson agreed with Tiede's appeals attorney, Jodi Cole, who said he deserved a lighter sentence because he was sexually assaulted as a child and also had an abusive relationship with Nugent before her death.

Psychiatrist Edward Gripon, who examined Tiede in January, testified Tuesday that Tiede and Nugent had a complex and abusive relationship. He said that combined with Tiede having been abused when he was younger pushed him to kill Nugent in a "brief dissociative episode."

"He doesn't come across in examination at all as a person prone to violence," he said. "That set of circumstances ... is not going to recreate itself."

Nugent's granddaughter, Dallas-area lawyer Shanna Nugent, said her family "is pretty much in shock" over the development.

"I really wanted justice for Nanny," she said, using a pet name for her grandmother. "This doesn't really feel like justice."

Davidson, who said he believes residents' opinion of Tiede has changed "180 degrees," called Tiede's release "bittersweet." He said he had a duty, however, to act once it was clear other factors had led Tiede to kill.

Tiede still faces a theft charge for spending Nugent's money after her death, but Davidson said nothing will move forward on that until the Texas Court of Criminal Appeals approves the sentence reduction in the slaying case. No timetable has been set for when the court might act.

Nugent disappeared in 1996. Her corpse was found nine months later at her Carthage home about 150 miles east of Dallas, wrapped in a sheet inside a freezer among packages of frozen corn, pecans and meat. She had been shot in the back four times with a .22-caliber rifle.

Tiede had met Nugent in 1990 at the funeral of her husband R.L. "Rod" Nugent, who had made his fortune in oil and banking. The two would grow close, taking trips around the world, and Nugent signed a will leaving her estimated $10 million fortune to Tiede.

Tiede became known around town for his generosity. Townspeople have said he started scholarships, pledged money to a church building campaign and ran a fundraising drive for Boy Scouts. He also gave away large gifts, including several cars.

After Tiede was charged in Nugent's killing, pretrial publicity led to the case being moved to San Augustine, about 50 miles southeast of Carthage. A jury there convicted him in 1999 and sentenced him to life in prison.

In Carthage, about 150 miles east of Texas, some residents said they had mixed feelings about the release.

"I'm glad that he's out. I don't think that he's a threat to anybody anywhere, but in the back of my mind you do say well, he did murder her and put her in a freezer," James Baker, who knew Tiede, told KLTV.

Carthage resident James Wilson told the station was "not so nice of a lady."

He was much more enthusiastic about her killer.

"Bernie was always one of those most polite people you'd ever meet in your life. He'd do anything for anybody and he had a heart of gold," Wilson told KLTV. "Everybody in Carthage loved him."

Missouri executes man who said he was 1,800 miles away during killings
Thanks for reading CBS NEWS.
Create your free account or log in
for more features.
View CBS News In
CBS News App Open
Chrome Safari Continue
Be the first to know
Get browser notifications for breaking news, live events, and exclusive reporting.