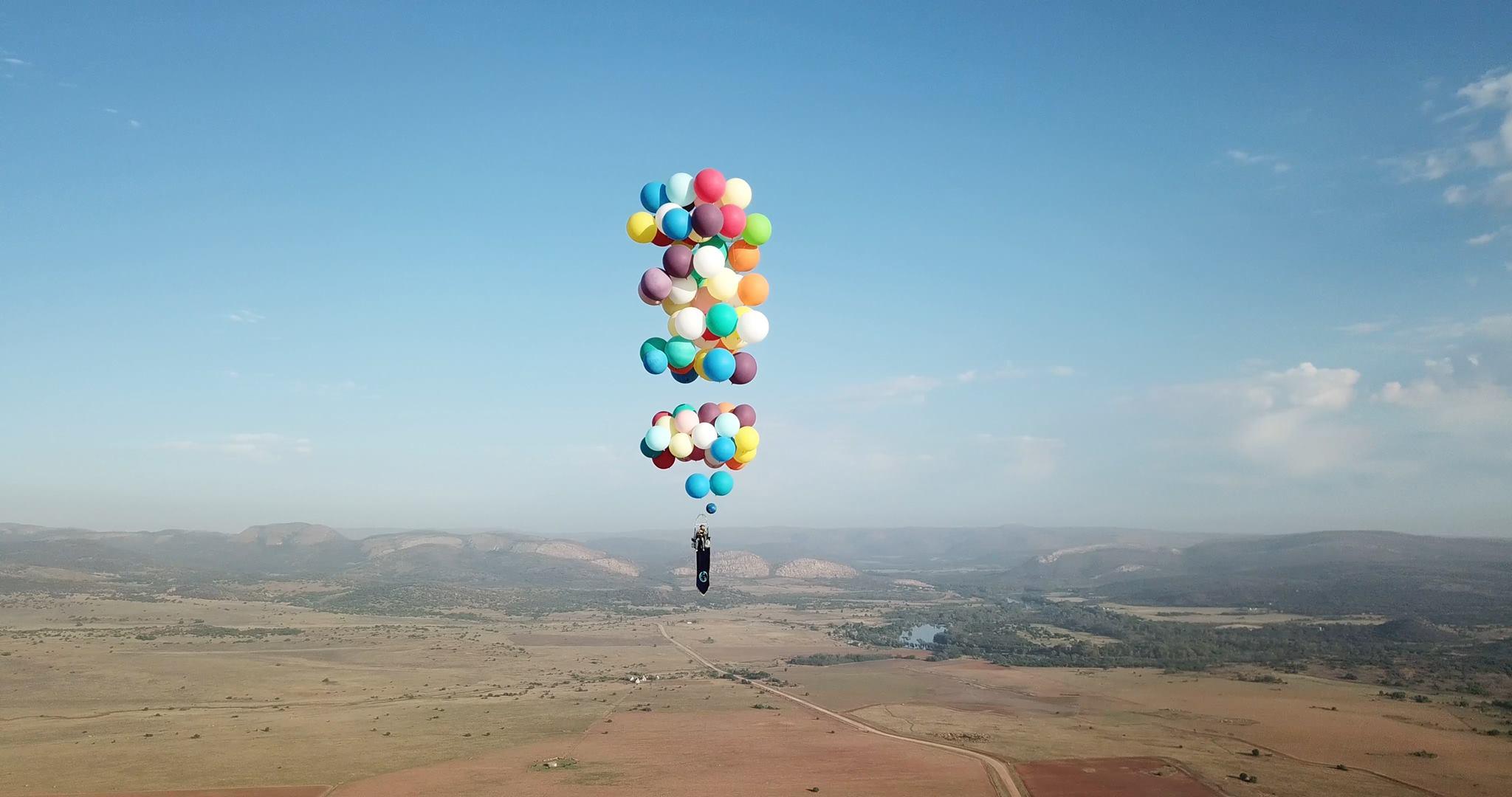 It was like a scene straight out of a Pixar movie — one man, a lawn chair and 100 colorful helium balloons floating thousands of feet above the ground.

Tom Morgan flew 15.5 miles across South Africa last week, reaching heights of up to 8,000 feet. It was an adventure he'd been planning for months.

Morgan, who runs The Adventurists, an adventure company based in Bristol, England, is planning to set up the first-ever competitive helium balloon race in Africa.

"It's going to be a three-day, long distance, floating adventure under party balloons on a chair... probably the silliest air race," Morgan described in a video posted online.

But before he started inviting eager flyers, the 38-year-old had to run some tests. In his mind, the African nation of Botswana was the perfect location.

"There's lots of open space. And it's in the middle of a continent, so when the wind blows, we won't land in the sea and die," Morgan said.

After several failed attempts over the course of a few weeks, Morgan and his team decided to relocate to Johannesburg.

"The problem was finding a good weather window and it was difficult to protect the balloons as they kept bursting," Morgan told BBC News.

There was just enough helium left for one more attempt.

On Monday, October 23, he strapped himself into a chair, surrounded by safety supplies, gave his teammate a handshake and was on his way.

Morgan admitted feeling "somewhere between terrified and elated" as he slowly rose in the air.

The flight accelerated very quickly as the balloons drifted towards the inversion layer of the atmosphere -- where the temperature drops, Morgan told BBC News.

"I had to keep my cool and start gradually cutting the balloons," he said.

After floating for two hours, Morgan lowered himself back down -- and his teammate greeted him safely on the ground.

"We weren't even sure Tom would come back alive. We didn't think he was going to manage it," Matthew Dickens, event manager for The Adventurists, told CBS News. "But yeah, he got there in the end."