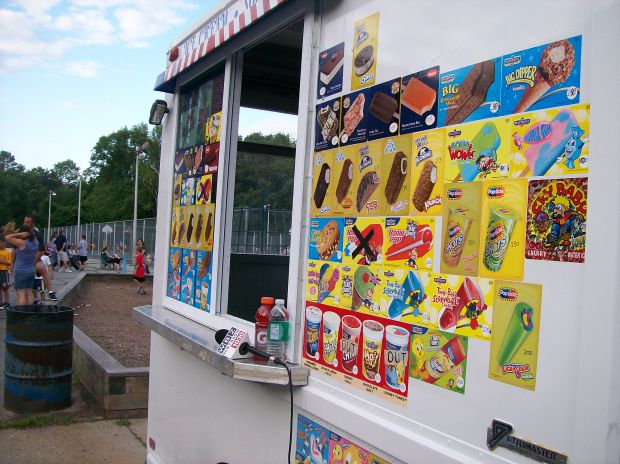 ROCK HILL, S.C. - Authorities in South Carolina say a man who was not in good humor smacked an ice-cream truck driver with a fudge bar in a dispute over making change after his daughter bought the frozen treat.

The ice cream vendor told Rock Hill, S.C. police the man accused her of not giving his daughter correct change after a purchase. That's when the fudge bar allegedly became a frosty weapon.

Police officers who responded to the call Wednesday reported they saw a red mark on the driver's arm.

The driver gave officers a description of the man and the white truck he used for a getaway vehicle. The police report did not say whether he took the fudge bar with him.