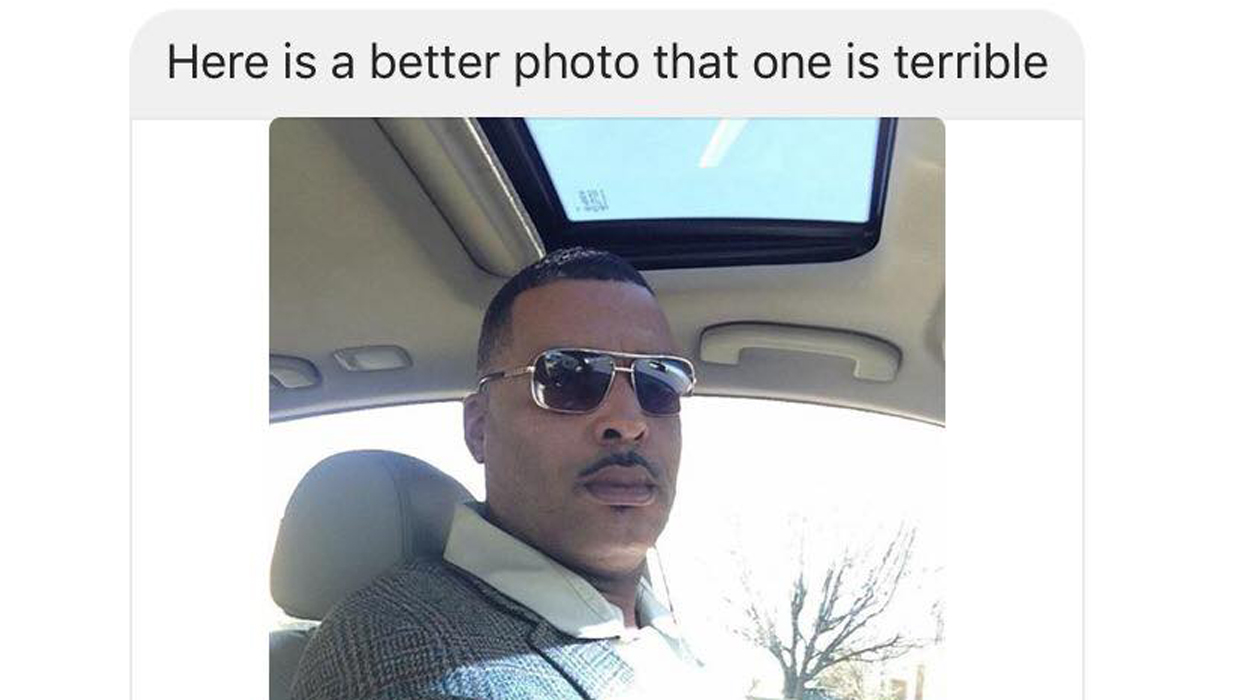 LIMA, Ohio -- A northwest Ohio man sought by police apparently didn't like his mugshot, so he sent them a "selfie" to use instead, according to the Lima, Ohio police department.

Donald "Chip" Pugh , 45, was wanted on a failure to appear warrant after he skipped a court date, reports CBS affiliate WOIO. According to Reuters, he's sought in a misdemeanor drunk driving case.

He's also a person of interest in several other cases including an arson and vandalism, Lima police say.

After police began circulating his mugshot, they say Pugh himself sent them a different photo, with a caption that reads, "Here is a better photo that one is terrible." The department released the Pugh's self-selected photo on its Facebook page.

Though police and potential tipsters may now have a more flattering photo of Pugh, he remains at large.

"We thank him for being helpful, but now we would appreciate it if he would come speak to us at the LPD about his charges," the Lima Police Department wrote on its Facebook page.

If you have any information, call the Lima Police Department or leave an anonymous tip with Allen County CrimeStoppers.