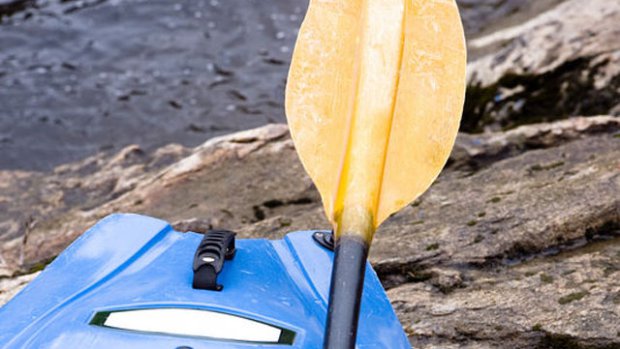 Q13, the Fox News station in Seattle, reports deputies received multiple calls on Wednesday morning that a man and a woman were going through mailboxes around the town of Sammamish, east of Seattle.

While deputies were on their way, residents spotted a car filled with mail and used their cars to block it in.

The suspects ran off, but one was caught immediately. The other grabbed a kayak out of someone's yard and took into a nearby pond.

An area resident grabbed his own kayak, caught up to the suspect and convinced him to return to shore, where he was arrested.

Here's something that probably helped: Police say the suspect didn't get very far because he was using his hands to paddle.