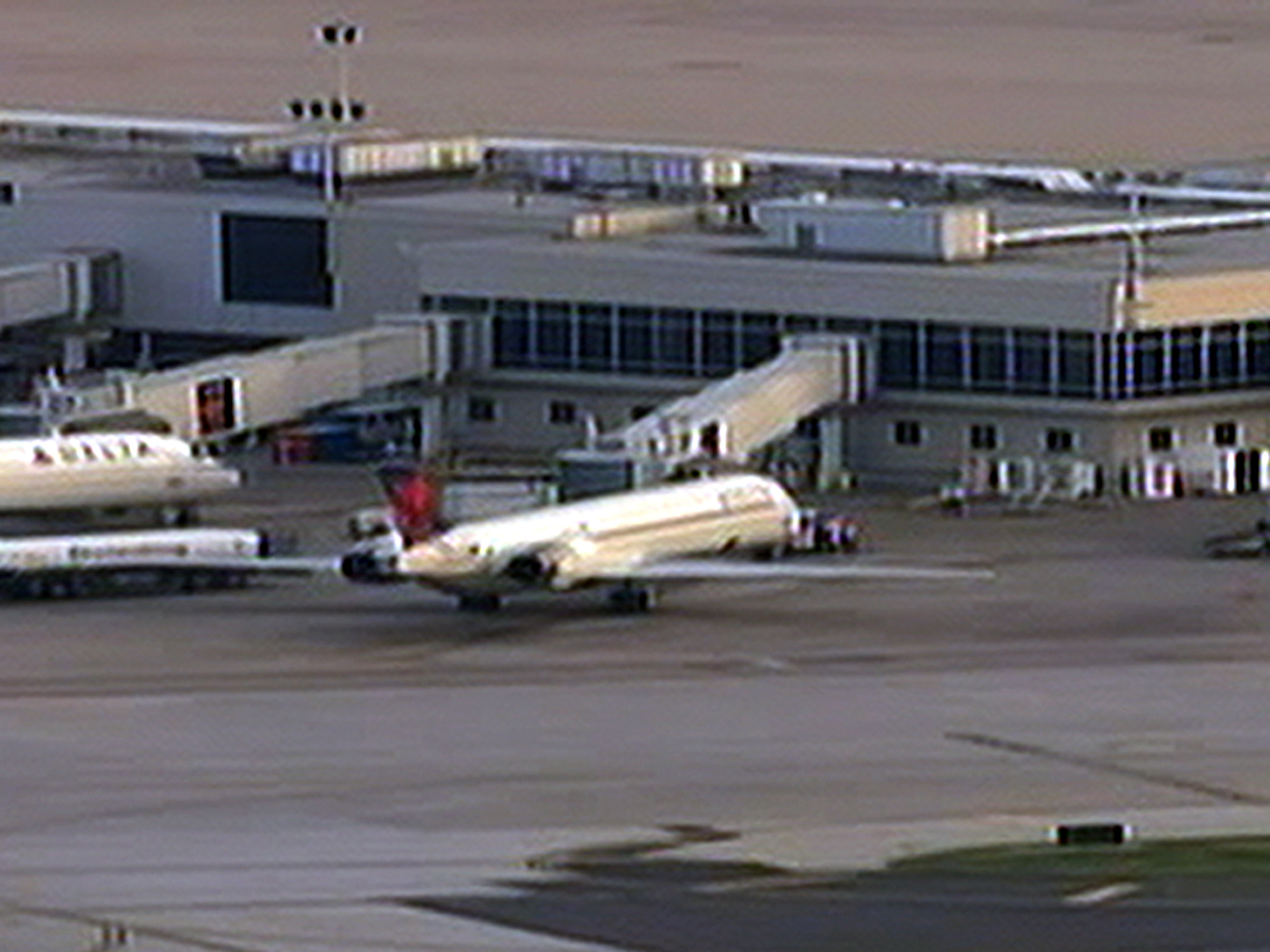 (CBS/AP) PHILADELPHIA - A Pennsylvania man was arrested and faces a federal charge after screeners found him trying to take powerful fireworks onto a cross-country flight Thursday morning, authorities said.

Joseph Picklo, 29, of Dallas, Pa., had "commercial grade M-80s" in a backpack when passing through security at Philadelphia International Airport around 5:30 a.m. as he was about to board a flight to San Francisco, Chief Inspector Joseph Sullivan said at a news conference.

CBS News senior correspondent John Miller reports that in addition to the two firecrackers, each of which the equivalent of a quarter-stick of dynamite, authorities found a fuse and a taped-up bottle containing a pound of explosive powder. A Transportation Security Administration statement said the bottle was filled with flash powder.

"Basically what you have there is inside a backpack going through security to board an airplane the components of an improvised-explosive device," Miller said on "CBS This Morning."

Picklo was stopped after screeners noticed an "anomaly" in the backpack, Sullivan said, noting that he never got through security and no one was ever in danger.

"He says that he has an interest in these items professionally," Sullivan said. The situation remains under investigation by local and federal investigators, but authorities said the explosives may have been left in a bag accidentally.

Picklo is being charged with possession of a destructive device, and additional counts are likely, Sullivan said. A phone listing for him could not immediately be located.

The checkpoint was closed for about 30 minutes, but no flights were delayed, airport spokeswoman Victoria Lupica said.