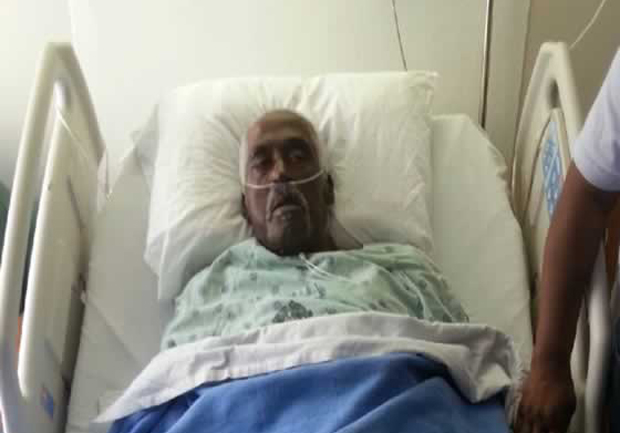 LEXINGTON, Miss. -- Workers at a Mississippi funeral home say they found a man alive and kicking when they opened a body bag.

The coroner was called to Williams' home in Lexington, a community north of Jackson, where family members believed he had died.

Howard says Williams, a farmer, had no pulse and was pronounced dead Wednesday at 9 p.m.

Early Thursday, workers at Porter and Sons Funeral Home were preparing to embalm Williams when he started to kick in the body bag.

Family members were called and Williams was taken to a hospital. Howard says he believes Williams' pacemaker stopped working, then started again.

WJTV spoke to Williams' family, who called his second chance at life a gift from God.

"Seemed like he had more life in him again," Williams' daughter, Martha A. Lewis.. "And then we had just stopped talking, and he told us 'what did you all stop talking for?' Hallelujah, thank you, Jesus!"