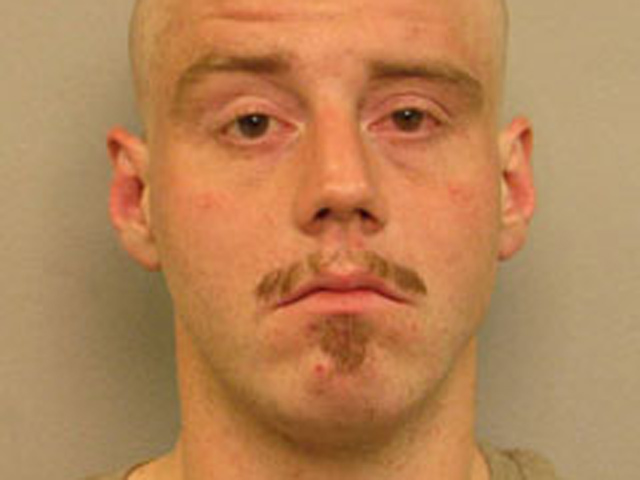 "He was just on a terror. I've never seen anything like this before," Sgt. Tony Blackburn told NBC affiliate WSMV.

Authorities say that on March 25, Kentucky fugitive William C. Todd broke into a slaughterhouse and stole a Taser, revolver and shotgun. Then, he allegedly shot the business up, stole a T-shirt and set the building on fire.

Next, police say, Todd held up four people at gunpoint, tased one, pistol whipped another, and took off with their cash and credit cards. Minutes later, law enforcement officials said, the suspect carjacked a cab, and fraudulently used the stolen credit cards to purchase $199 work of items.

He then allegedly went to Hotel Indigo, broke into a law office there and ransacked the business. Police say Todd defecated on a desk, smearing feces on some of the framed law degrees.

Law enforcement officials say Todd left in his stolen cab once again, eventually crashing it into a parking garage. Over an hour later, he hailed a new one and headed to Opryland Hotel, then held the cab driver at knifepoint.

According to a police report from the Metro Nashville Police Department, Hermitage Precinct officers were called to the hotel at 11:47 a.m. after the taxi driver reported that a man threatened him with a knife and refused to pay the fare. Hotel security witnessed the incident and followed Todd as he fled to the cooling tower behind the hotel.

Todd was found on the roof of the cooling tower, submerged in a water-cooling vat with water up to his nose, WSMV reports.

The 24-year-old was arrested and taken to a hospital to be checked out for possible recent heroin use, the police report states. He was released and taken into custody on multiple criminal counts.

According to the NBC station, Todd is now facing 11 felony charges. Officers said he's also wanted in Kentucky. His bond is presently set at $180,000.