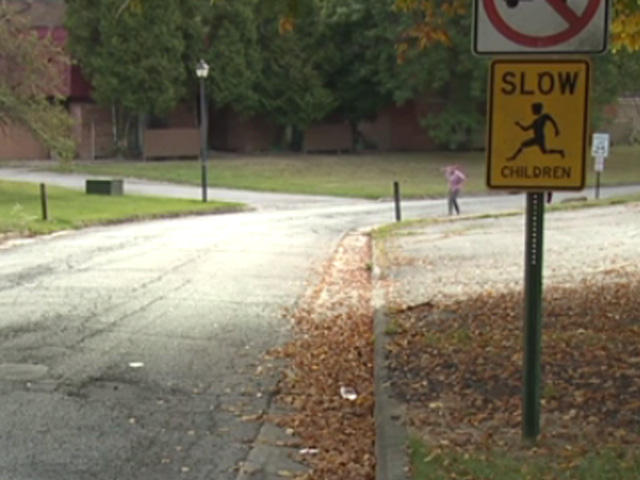 BOARDMAN, Ohio -- An Ohio man has been charged after chasing his 6-year-old daughter around a neighborhood while wearing a clown mask, and another man is charged for firing a gun.

Boardman police say the girl first jumped into a stranger's car, then ran into a stranger's apartment while screaming that a clown was chasing her Saturday night, reports CBS Youngstown, Ohio affiliate WKBN-TV.

Police say a man in the apartment building came outside and fired a gunshot into the ground.

The father, identified as Vernon Barrett Jr., told police he chased his daughter to discipline her for behavioral issues, rather than spanking her. He's been charged with child endangering and inducing panic.

Barrett claimed the girl's mother is serving jail time for child endangerment after being convicted of breaking four of the girl's ribs, WKBN says, citing police.

Barrett said he opted for frightening his daughter instead of spanking her because of what her mother had done, the station adds.

Police say the man who fired the gunshot has been charged with using weapons while intoxicated.