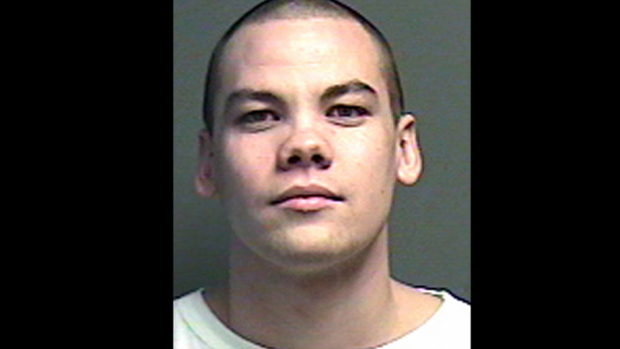 PINE CITY, Minn. -- A Minnesota man has been charged with murder in the death of his girlfriend's three-year-old son, reports CBS Minnesota.

Jonathan Michael Loun was initially charged with assault and malicious punishment of a child for allegedly beating Dante Sears, but prosecutors added the second-degree murder charge after the boy's family pulled him off life support this weekend.

Emergency responders were called on Aug. 25 to an apartment in Sandstone, Minn., where they found the child unresponsive and bleeding from his nose and mouth. His breathing was raspy and labored at the time, according to police.

The boy's mother, Jessica Carr, told investigators that Loun had struck the 3-year-old on the head.

Carr handed investigators a note allegedly written by Loun, who was watching her two children while she was at work.

"I picked Dante up off the floor and changed him, he pissed on me and I snapped. I banged his head on the floor. He's not OK. I'm so sorry, I stayed up icing his head," Loun allegedly wrote. "I'm a (expletive) up person, I'm sorry I love you, I'm done with life, all I do is hurt people."

The note included Loun's signature, which matched the one on his driver's license, according to police.

The child was flown by air ambulance to Children's Hospital in Minneapolis, where he was found to have a skull fracture, bleeding of the brain, and brain swelling. His genitals had also been injured. Doctors ruled the injuries were caused by severe child abuse.

Dante was removed from life support on August 29, and died that morning. A medical examiner ruled his death as a homicide.

His family said they've donated Datne's organs so he can "be a hero in another child's life."

If found guilty, Jonathan Loun could be sentenced to a maximum of 40 years in prison on each charge of second-degree murder.