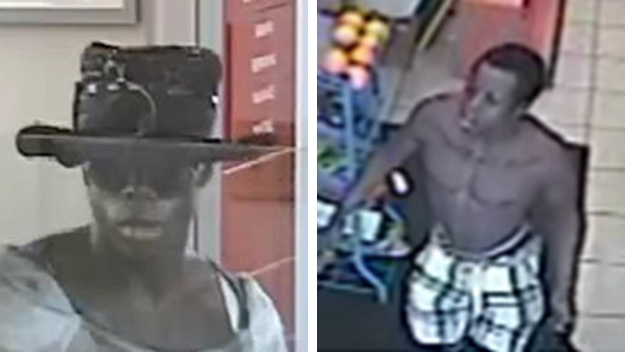 NEW YORK -- Police and the FBI were searching Wednesday night for a man who robbed a bank while wearing a ball gown, CBS New York reports.

Police said the man robbed a Santander Bank on Staten Island on Tuesday while wearing a silver and black dress along with heels, a hat and sunglasses.

Video from a nearby convenience store showed him ditching the dress and running off in shorts, blue and white Nike Jordan sneakers and no shirt.

The man is believed to be 5 feet 8 inches to 5 feet 10 inches tall, weighing about 175 pounds and may have scarring around his mouth. He did not appear to have any visible tattoos, police said.

The robber should be considered armed and dangerous, police said.