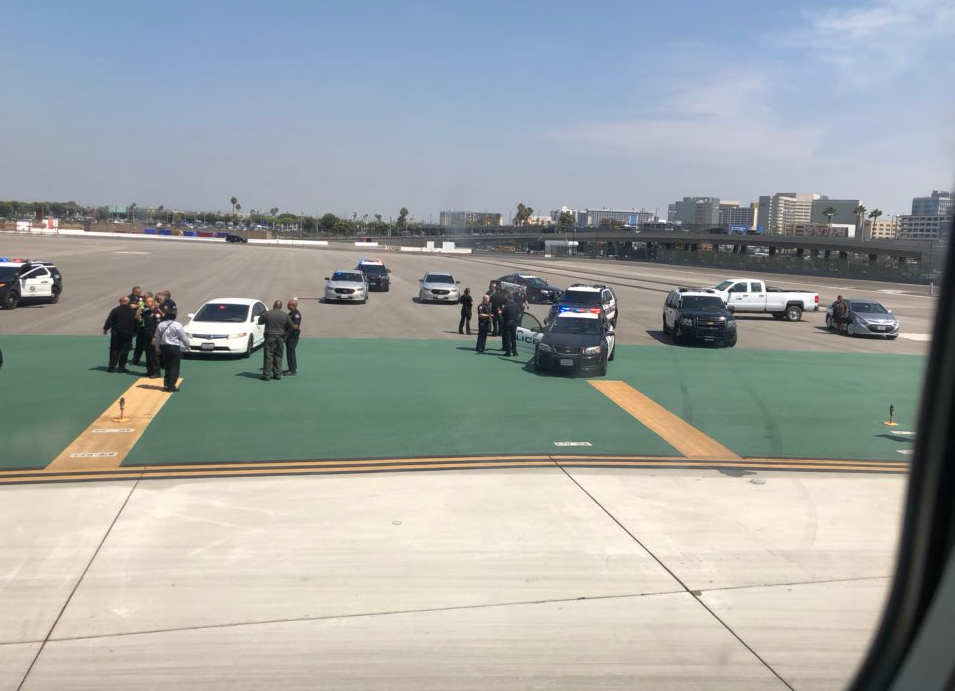 A man is in custody Monday after he scaled a fence at the Los Angeles International Airport (LAX) and ran onto a runway, police said. CBS Los Angeles says the incident happened just before 1:30 p.m. local time.

The station says the man was seen running near a Delta Air Lines plane, where airport police apprehended him.

Social media lit up with passengers posting images of the man, with one person writing that the unidentified suspect "started doing push-ups" on the runway.

Another passenger wrote that police were "searching for foreign objects" on the runway:

Police have yet to release information on whether the suspect was armed or what his motive might have been.

LAX is the world's fifth busiest airport and the second busiest in the U.S., behind Hartsfield-Jackson Atlanta International Airport.

Earlier this summer, a man was arrested at the Atlanta airport after jumping a fence. Passengers aboard a plane also documented that incident and noted that he was half-naked at the time.