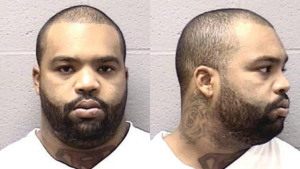 ELGIN, Ill. - Prosecutors have filed charges against a man they say owned the loaded gun that a 7-year-old boy brought to a suburban Chicago school.

CBS Chicago reports Rashaad L. Byrd, 27, has been charged with possession of a weapon by a felon, not having an FOID card (firearm owner's identification) and misdemeanor child endangerment. He is being held on a $250,000 bond.

Authorities say Byrd was staying with the boy's family when the second grader found the gun and brought it to his Elgin school Thursday.

Elgin Area School District U-46 officials say another student saw the handgun in the boy's backpack and reported it to a teacher.

Elgin Police Chief Jeff Swoboda says no charges will be filed against the boy. Swoboda wouldn't discuss the boy's motive for bringing the gun to school.

According to CBS Chicago, the school is still determining if any action, including suspension or expulsion, may be needed.