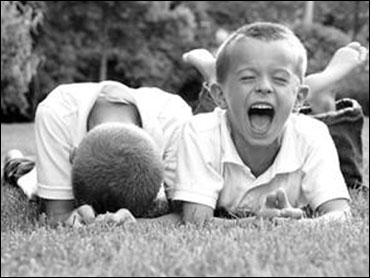 COLUMBIA, Ill. (CBS/AP) The day of the funeral for his wife and two young sons — who allegedly died by his own hands — Chris Coleman also found time to text his girlfriend in Florida, messaging that he missed her and he loved her.

According to search warrants released this week, Coleman, the southwestern Illinois man who is charged with strangling his family to death as they slept, sent text messages to girlfriend Tara Lintz, who once worked at a strip club in the Sunshine State.

31-year-old Sheri Coleman and her children, 11-year-old Garett and 9-year-old Gavin, were found dead in their Columbia home on May 5, 2009. Chris Coleman is charged with three counts of first degree murder in the deaths. Authorities have said that all three victims were strangled with some type of wire, rope or cord.

Coleman was having an affair with Lintz, who was interviewed by police in St. Petersburg, Fla., in the days following the murders. She admitted to investigators that she had sexually explicit communications with Chris Coleman by phone and email. She said their sexual relationship began in November 2008 and the two planned to get married in 2010 after Chris Coleman had divorced his wife. Lintz was a high school friend of Sheri Coleman.

Lab tests in the case came back just over a week ago. The tests revealed no drugs or alcohol in the bodies of the victims. The toxicology tests' results were closely awaited in showing whether drugs played any role in the deaths, either by killing the victims with an overdose or rendering them submissive to a killer. 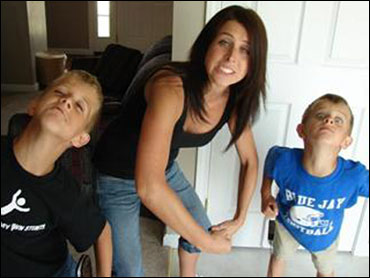 A coroner revealed during an inquest last Friday he that concluded what prosecutors already believed; the deaths were homicides.

By state law, coroners have discretion over whether to hold an inquest, during which a jury classifies the manner of death as natural, accident, homicide, suicide or undetermined. The outcomes have no official bearing on prosecution.

Friday's jury deliberated only seven minutes before deciding the deaths were homicides.

The county's state's attorney, Kris Reitz, was vacationing Friday and has not announced whether he plans to seek the death penalty against the ex-Marine.

As the inquest's only witness, Columbia Police Chief Joe Edwards described the crime scene and Coleman's claims that the killings happened while he exercised at a nearby Missouri gym.

Edwards said the slayings followed months of anonymous threats Coleman insists were sent to his home. Investigators believe Coleman sent them to himself to set up a scenario of a stalker killer.

Edwards also testified that "vulgar" graffiti was found spray-painted on walls at the crime scene and a "rather disturbing" obscene message was found on the bed sheets covering the 9-year-old's body. Edwards did not quote the graffiti.

He testified last month that a handwriting expert believed Coleman's writing matched the statements spray-painted in red throughout the home. 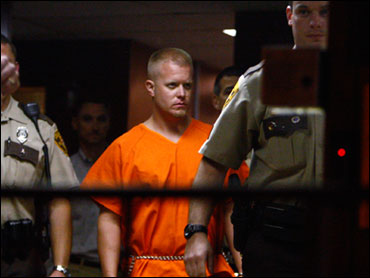 According to court papers, Lintz, Coleman's mistress told authorities Coleman told her the night before the killings that he would be serving his wife with divorce papers the next day. Lintz also told investigators that Coleman assured her by e-mail the next day that he was not the killer and had an alibi.

Coleman told police his wife was alive when he left for the gym. But Edwards has said by the time investigators arrived, it was clear all three victims had been dead for some time, with autopsies indicating they were likely killed between 11 p.m. on May 4 and 3 a.m. on May 5.

There is also a push to build a pavilion to honor the victims. Days after the killings, family and friends launched plans to build a memorial. The online fundraising hit a snag when organizers learned they hadn't filed the necessary paperwork with the state to become a legal nonprofit group. That's now been done. One of the organizers says the group has raised nearly $11,000 toward its $300,000 goal.

Chris Coleman maintains his innocence. He has pleaded not guilty and has been ordered to stand trial. He remained jailed Friday without bond.