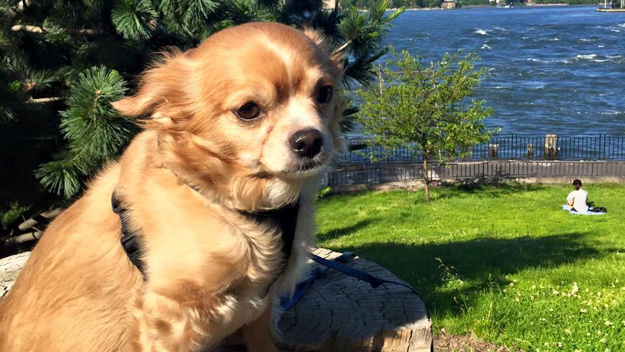 NEW YORK -- Dozens of people watched in horror over the weekend as a man described as mentally disturbed stabbed a little dog to death in an Upper East Side park in New York City, reported CBS New York.

WCBS Radio spoke with Randy Capehart, the owner of "Buddy" the Chihuahua.

Capehart said Jose Rodriguez, his partner of 13 years, had been showing signs of mental illness recently, but he never thought something like this could happen.

"He loves my dog," Capehart said.

But police said on Saturday morning, Rodriguez walked Buddy out to John Jay Park in New York City where kids were playing and families were enjoying the weather.

Rodriguez allegedly pulled a kitchen knife and stabbed the little dog to death.

Rodriguez allegedly told detectives he thought he was being cheated on, but Capehart said he was in Texas burying his grandmother at the time.

"He gave his life to save mine, because had this not happened now, it could have happened when I got back," Capehart said. "I could have been stabbed in my sleep."

Rodriguez stood charged Monday with animal cruelty. Capehart said he was just glad his former partner is getting the help he needs.