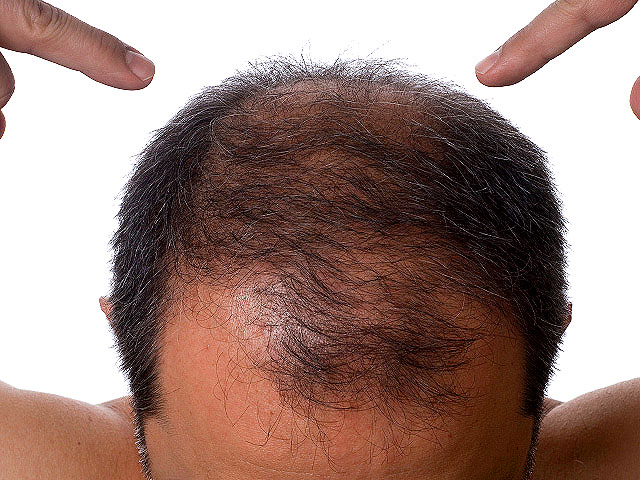 For men, the type of balding you have may indicate your risk for heart disease.

Researchers looked at six studies on male pattern baldness and coronary artery disease published between 1950 and 2012. Three of the studies were cohort studies, in which the health of the balding subjects was tracked for 11 years.

The other three studies showed that balding men were 70 percent more likely to have heart disease, with younger balding men's risk rising to 84 percent. Vertex balding -- meaning balding on the top of the head and crown -- was shown to be an issue. Researchers discovered that those with extensive vertex balding had a 48 percent higher risk of coronary artery disease. Moderate vertex balding went up by 36 percent, and mild went up to 18 percent. However, those who had frontal balding had no additional risks.

The results just provide a link and not a cause of heart disease, which means men should spend less time worrying about their hair and more time considering other factors that are known to raise risk like their weight.

"Although these findings are interesting, men who've lost their hair should not be alarmed by this analysis, Doireann Maddock, a cardiac nurse with the British Heart Foundation, told the BBC. "Much more research is needed to confirm any link between male pattern baldness and an increased risk of coronary heart disease. In the meantime, it's more important to pay attention to your waistline than your hairline."

"It is important to remember that the study reports an increase in relative risk," said Patrick Wolfe, a professor of statistics at University College London, told Bloomberg. "In the meantime, it's a case of focusing on the things that we can control -- our diet, exercise regimes and other risks factors -- to lower our overall risk for heart disease."

The study was published in BMJ Open on April 3.