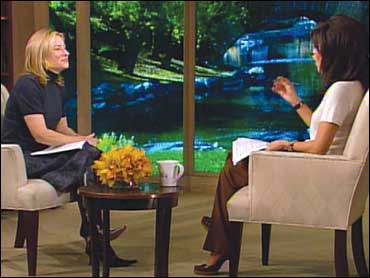 Soon, it might not only be women who have to worry about preventing an unwanted pregnancy as some scientists are on their way to developing a contraceptive that would be taken by men.

Researchers at King's College London noticed how a pair of drugs, one for blood pressure, another used to treat psychotic disorders, had a side effect of stopping men from ejaculating. Scientists say it does not affect hormones, and appears to be completely reversible.

"They noticed two drugs already on the market, one used for psychiatric reasons, another used to control blood pressure, had the side effect of preventing ejaculations," The Early Show medical contributor, Dr. Emily Senay told ," co-anchor Julie Chen. "So they set about trying to figure out exactly what it was about these drugs that was doing it. And they found that these drugs inhibit a smooth muscle in the male reproductive tract that's partially responsible for this."

The contraceptive would work by blocking the pumping action of the muscle that causes ejaculation. Sensation would remain, but the ejaculation would be dry.

"Doesn't appear it would affect satisfaction at all," Dr. Senay said. "In fact, it's something that could be taken as soon as two hours before and it would wear off within about 24 hours."

Dr. Senay said the contraceptive would be taken on an as needed basis.

"Men could take it one time and then not have to worry about it until the next time," she said.

But Dr. Senay said that the contraceptive has still not been tested on humans, only in the laboratory on male tissue where it seems to have worked.

"Obviously, the next step is to put it into a form that could be used in clinical trials," she said. "These researchers are saying, you know, five years away … before we would see it in something that might be marketable."

Taken individually, the two medications that make up the contraceptive had several side-effects including dizziness.

"Hopefully, if they can isolate the part of these medications that has the effect on the male reproductive tract, they will be able to avoid those side effects," Dr. Senay said. "But it's too soon to tell."