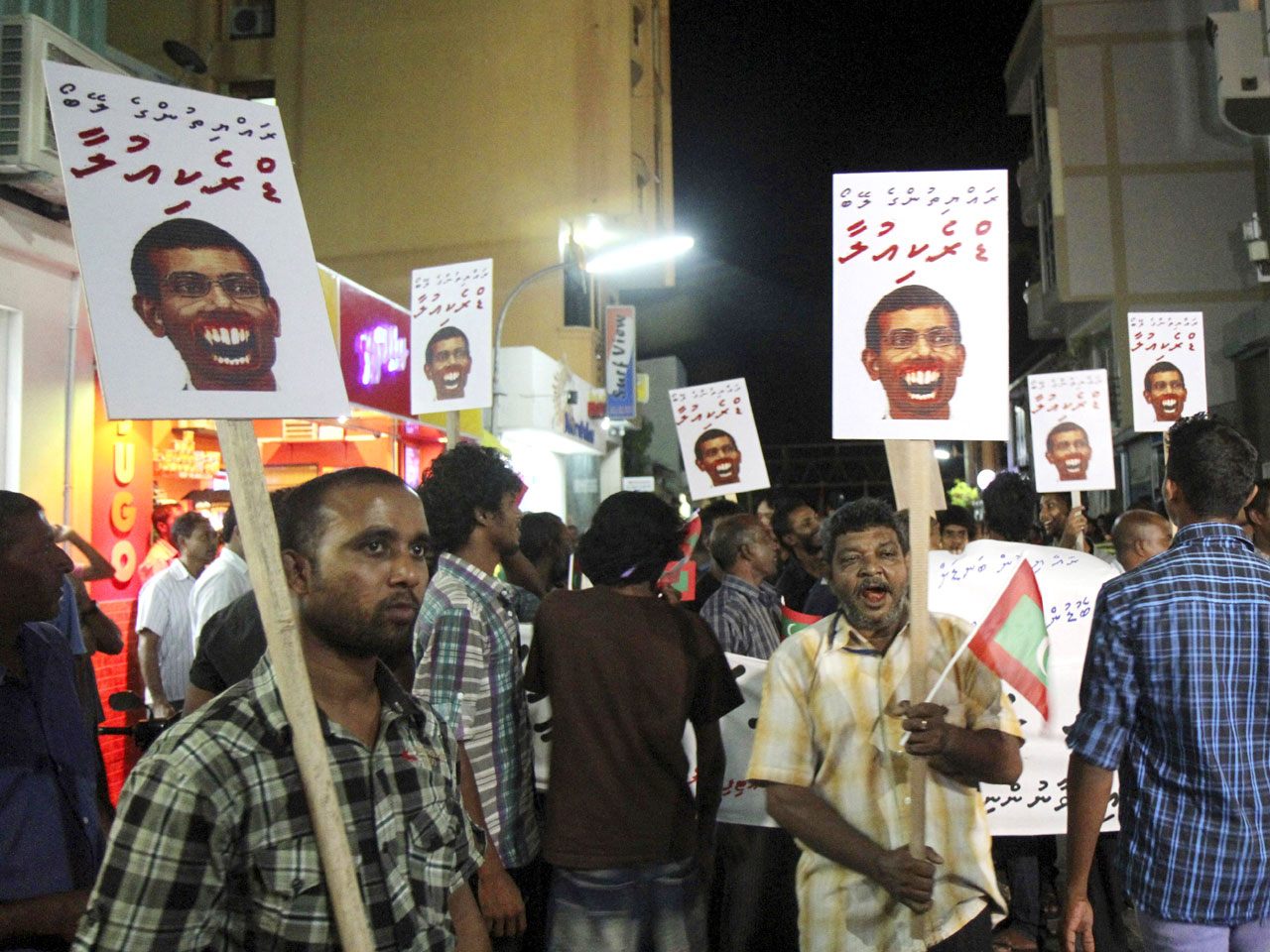 More than 3,000 people gathered at a main intersection in the capital, Male, to protest government inaction in controlling rising prices, alleged mismanagement and wasteful spending.

The protests resumed hours after police used tear gas and batons to break up a demonstration in Male that began Saturday night and continued into early Sunday. Organizers say about 5,000 people took part in the earlier protest. Police had set up barricades and were ready with anti-riot gear.

Police spokesman Ahmed Shiyam said officers asked the protesters to leave but they started throwing objects at police, resulting in the clashes early Sunday. He said 10 people were arrested for damaging property.

Mohammed Shareef, a spokesman for the opposition Dhivehi Raithunge Party, said about 44 protesters were taken away by police, including two party lawmakers and leading activists.

There was no independent confirmation of how many remain in detention.

Shareef insisted the protest was peaceful until police used force, saying seven people were injured and one remains hospitalized.

The protesters are mainly upset over the government's decision last month to allow the Maldivian currency, the Rufiyaa, to float against the U.S. dollar. A sudden devaluation of the currency has resulted in higher prices for essential commodities, most of which are imported.

Nahseed was elected president in 2008 in the country's first multiparty election after 30 years of authoritarian rule by Maumoon Abdul Gayoom, who is credited with developing the country into a popular tourist attraction.