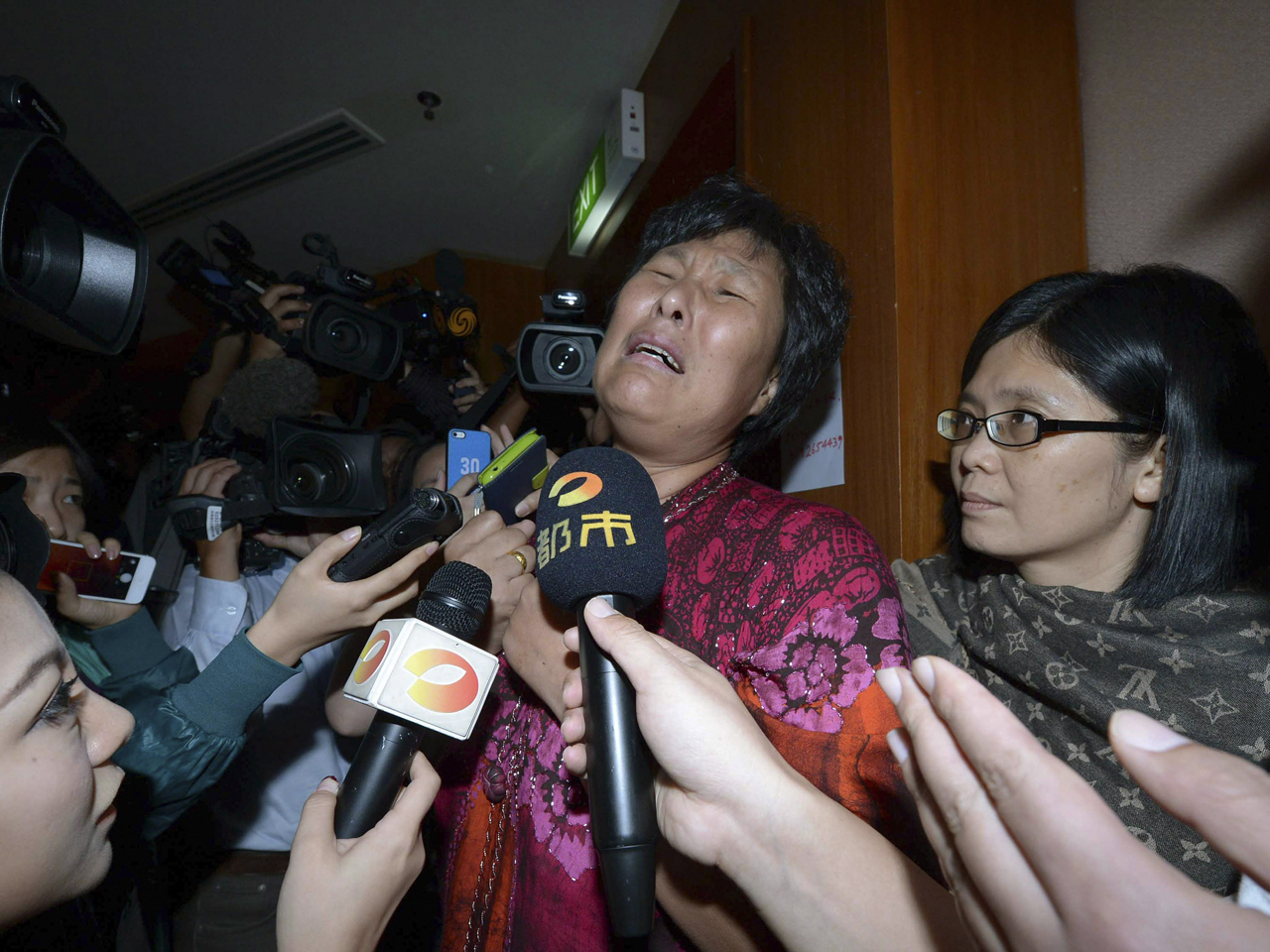 In the year since Malaysia Airlines Flight 370 took off from Kuala Lumpur International Airport bound for Beijing and then mysteriously disappeared, the tragedy has left a track of grief for the families of the 239 passengers and airline crew who were aboard the flight.

But the definition of grief is different for every person. Though our culture often tells us otherwise, there's no one way to process the loss of a loved one. And in the case of families of Flight 370 victims, coping with loss is even more complex.

"I think it's different when we have a death of loved one who we know has died from illness or an accident. In our mind there's an awareness of their death," Lisa De Sieno, director of Bereavement Services at Mayo Clinic Health System in Eau Claire, Wisconsin, told CBS News. "That question mark of what has happened -- you can go with their logic and thinking they have died. But there's always that question mark. There's always that piece of hope that maybe it isn't true."

The mysterious circumstances of the plane's disappearance have in many ways overshadowed the grieving process for the families of the victims. Their trauma has been compounded by government and corporate bureaucracy and floods of media coverage.

At the end of January, 10 months after the fateful flight, Malaysia's civil aviation authority declared passengers and the crew on board deceased and officially classified the tragedy as an accident that caused 239 fatalities. The families were offered settlements of $50,000 per victim.

This declaration allows the airline to move forward with legal and financial closure -- it can now expedite settlement payments to families of the victims -- but the announcement also fueled the anger and frustrations, as well as the grief, felt by the families involved.

Many of those directly impacted by the disappearance of the plane formed a group called Voice370 to speak on behalf of the families. As a group they refuse to call the victims deceased and have continued to refer to them as "missing passengers."

"Despite this complete lack of wreckage found or physical evidence of a catastrophic event, the Malaysian government has officially declared that the airplane crashed, leaving no survivors, and it has ended the rescue phase of the search effort," the group said in a statement issued to the press on Friday. "We do not accept this finding and we will not give up hope until we have definitive proof of what happened to MH370."

Nancy Berns, a professor of sociology and author of the book "Closure: The Rush to End Grief and What It Costs Us," says the desire to recover tangible evidence is common but it wouldn't carry the same meaning for every family. For some, a body found would indicate an ending to the story of that person's life and their relationship to the grieving family. To others, recovering the body of loved one would mean that the grieving process could actually begin, she explained.

"When people die, those grieving are working to construct a narrative of what happened and what does that mean to my life," Berns told CBS News. "You might have family members who want to presume the person is dead and other family members will be holding out hope. That situation can make that kind of conflict even more painful in a family."

Berns added that in the case of Flight 370, the grieving process is likely to take much longer. However, she is quick to say that the the notion that grieving can only happen in a set amount of time is a false ideal to begin with.

"One of the things I'll say is closure doesn't exist," she said. "You don't need all of the answers; you don't need everything wrapped up to start living again. You can get to where you assume this person is dead and start grieving and believing that."

Marking an anniversary of tragedy is a common cultural way to acknowledge the loss. Doing so often becomes a somber routine, as in the case of 9/11. But "official" dates don't initiate healing for everyone.

"For some people there are more small intimate markers, maybe a birthday or when you met someone," notes De Sieno.

This has been the case for the family of Philip Wood, one of the passengers aboard the flight. His brother James Wood told CBS News that his family continues to grapple with the right way to handle their loss.

"We are not specifically getting together this weekend as a family but are trying to come to grips with how to move forward and allow not just us as a family to proceed, but how to include Phil's friends as well," said Wood. "As a family we took a special time out at Christmas to talk about Phil, and just express sadness that he wasn't there with us. His sons have his Bible and read from the last passages he had marked as well."

At the time of the flight, Phil Wood, an IBM executive, lived in Beijing and and was planning to relocate to Kuala Lumpur, Malaysia, with his girlfriend Sarah Bajc for his next work assignment. Wood, who was 50 years old, went to visit his family in the states before the couple made their big move.

"The last year has been exceedingly difficult to know how to grieve," said his brother. "Without really having any answers to help define what happened we are left with an emptiness that creates a lot of different emotions, including anger, numbness and hurt."