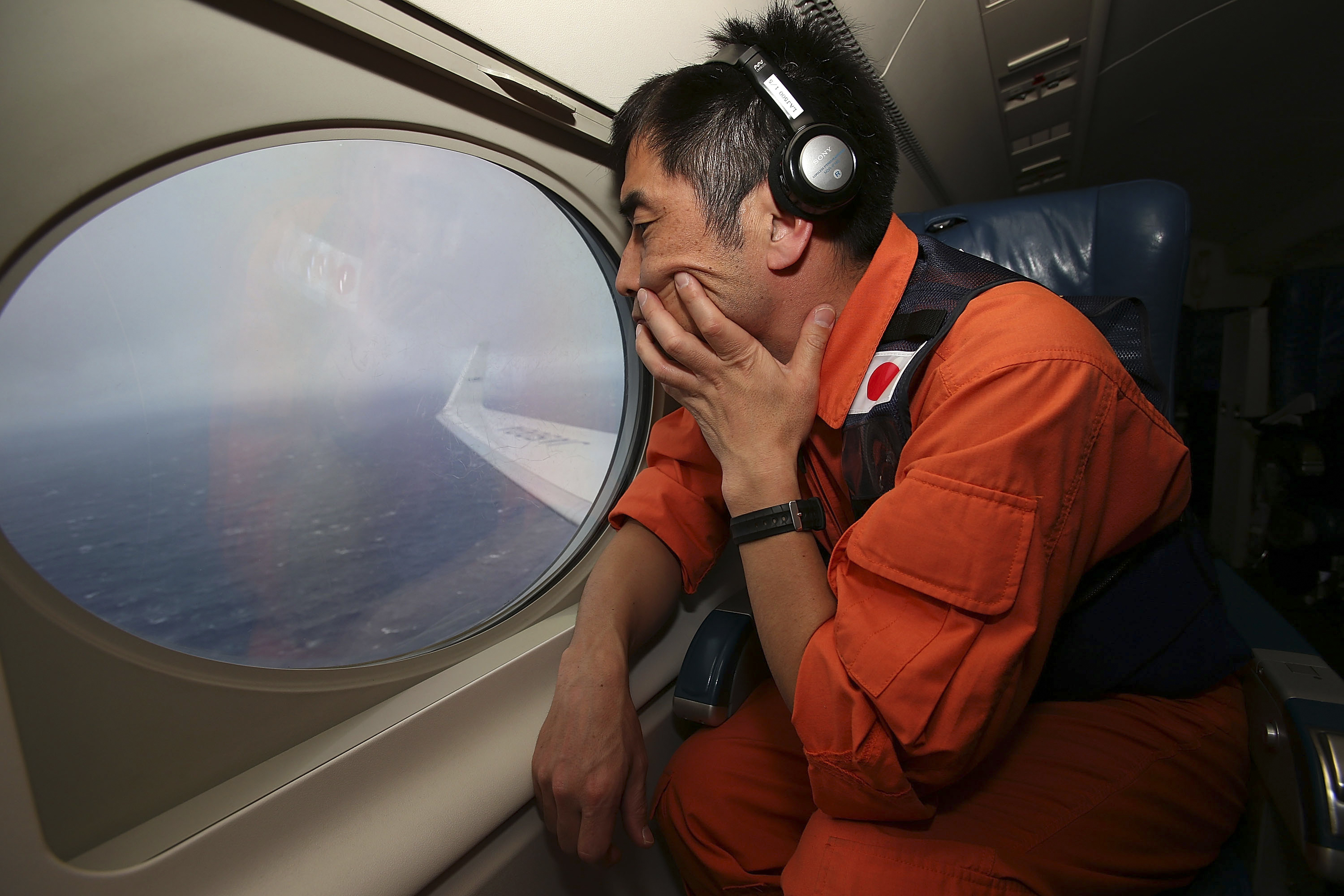 KUALA LUMPUR, Malaysia -- A police investigation may never determine the reason why the Malaysia Airlines jetliner disappeared, and search planes scouring the India Ocean for any sign of its wreckage aren't certain to find anything either, officials said Wednesday.

The assessment by Malaysian and Australian officials underscored the lack of knowledge authorities have about what happened on Flight 370. It also points to a scenario that becomes more likely with every passing day - that the fate of the Boeing 777 and the 239 people on board might remain a mystery forever.

The plane disappeared March 8 on a flight to Beijing from Kuala Lumpur after its transponders, which make the plane visible to commercial radar, were shut off. Military radar picked up the jet just under an hour later, on the other side of the Malay peninsula. Authorities say until then its "movements were consistent with deliberate action by someone on the plane" but have not ruled out anything, including mechanical error.

Police are investigating the pilots and crew for any evidence suggesting they may have hijacked or sabotaged the plane. The backgrounds of the passengers, two-thirds of whom were Chinese, have been checked by local and international investigators and nothing suspicious has been found.

Police are also investigating the cargo and the food served on the plane to eliminate possible poisoning of passengers and crew, he said.

The search for the plane began over the Gulf of Thailand and South China Sea where the plane's last communications were, and then shifted west to the Strait of Malacca where it was last spotted by military radar. Experts then analyzed hourly satellite "handshakes" between the plane and a satellite and now believe it crashed somewhere in the southern Indian Ocean.

A search there began just over two weeks ago, and now involves at least nine ships and nine planes.

The current search area is a 85,000-square-mile patch of sea roughly a 2 1/2-hour flight from Perth. The focus of the search has moved several times as experts try to estimate where the plane is most likely to have landed based on assumptions on its altitude, speed and fuel. Currents in the sea are also being studied to see where any wreckage is most likely to have drifted.

Angus Houston, the head of a joint agency coordinating the multinational search effort out of Australia, said no time frame had been set for the search to end, but that a new approach would be needed if nothing showed up.

With no other data available indicating where the plane went down, spotting wreckage is key to narrowing down the search area and ultimately finding the plane's flight data recorders, which will provide a wealth of information about the condition the plane was flying under and possibly the communications or sounds in the cockpit.

The data recorders emit a "ping" that can be detected by special equipment towed by a ship in the immediate vicinity. But the battery-powered recorders stop transmitting the "pings" about 30 days after a crash. Locating the data recorders and wreckage after that is possible, but it becomes an even more daunting task.

Houston said that only once wreckage from the plane was found "we will then be able to narrowly focus the search area so that we can start to exploit the underwater technology devices that will hopefully lead to where the aircraft is on the bottom of the ocean."

Malaysia has been criticized by the relatives of some Chinese passengers on board, who accuse them of not giving them enough information or even lying about what it knows about the final movements of the plane. Some are staying in hotels in Beijing and Kuala Lumpur, courtesy of Malaysia Airlines.

On Wednesday, authorities organized a closed-door briefing in Malaysia for the families with officials and experts involved in the hunt.

It was relayed by video conferencing technologies to the relatives in Beijing. Several relatives interviewed after session said they were still not satisfied.

"The fact is they didn't give us any convincing information," said Steve Wang, a representative of some of the Chinese families in Beijing. "They said themselves that there are many different possibilities, but they are judging on the basis of just one of them."

Malaysian officials have on occasion given conflicting accounts and contradictory information over the last three weeks. They maintain they are doing their best in what it is an unprecedented situation, and stress they want the same thing as the families, namely to locate the plane as quickly as possible.