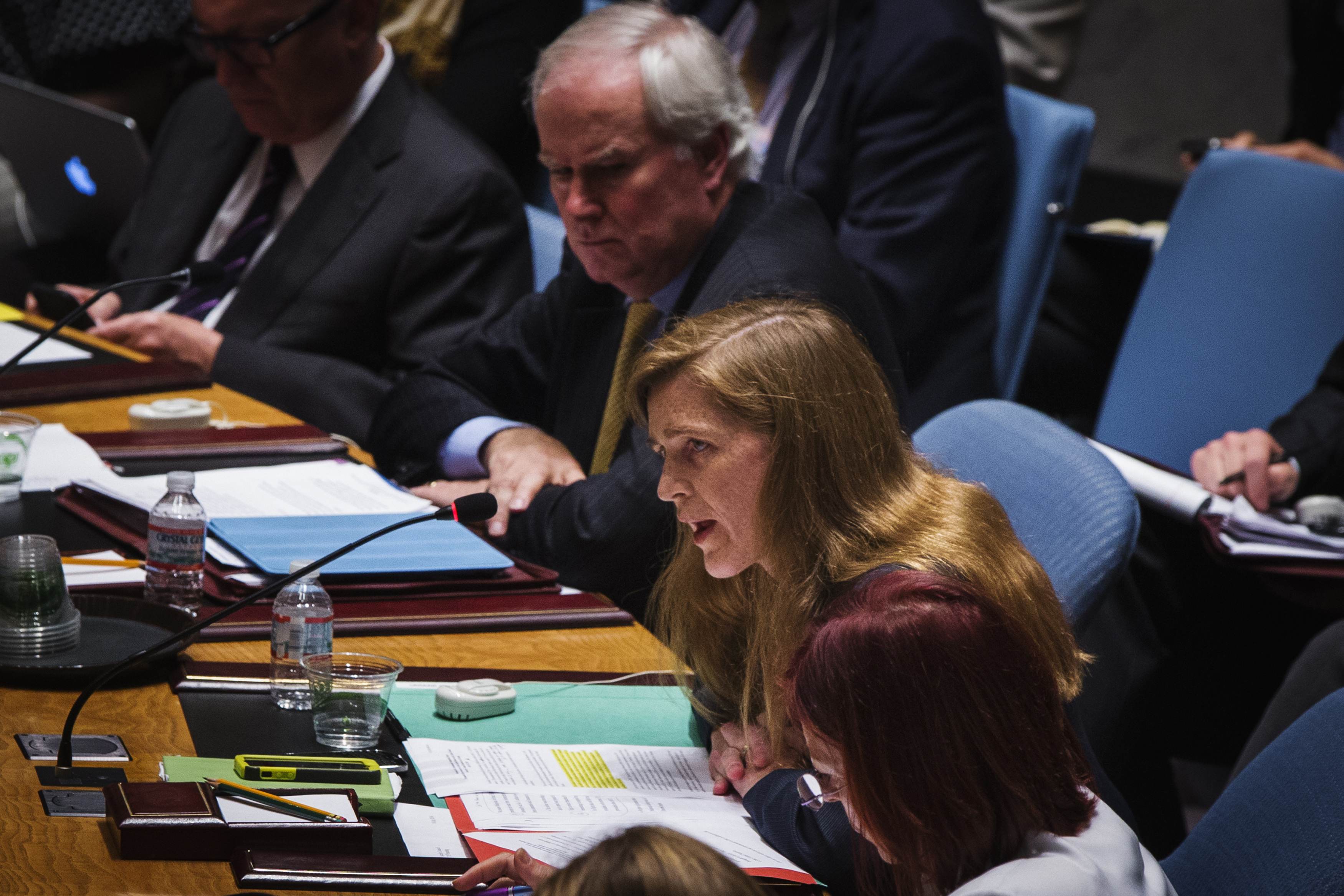 UNITED NATIONS -- U.S. Ambassador Samantha Power told an emergency meeting of the U.N. Security Council on Friday that the United States cannot rule out help from Russia in the launch of the surface-to-air missile that shot down a Malaysian airlines jet killing all 298 people on board.

Power said the U.S. believes the plane was likely downed by an SA-11 missile fired from an area in eastern Ukraine controlled by pro-Russian separatists. She said Russia has provided SA-11s and other heavy weapons to the separatists.

CBS News national security correspondent David Martin reports that Pentagon officials say the missile likely came from a SA-11 from a position close to the border, but probably on the Ukrainian side of the border in territory held by the separatists. What is not known is the degree of Russian involvement.

Power said a Western reporter earlier reported an SA-11 system in separatist-controlled territory "and separatists were spotted hours before the incident with an SA-11 SAM system close to the site where the plane came down."

"Because of the technical complexity of the SA-11, it is unlikely that the separatists could effectively operate the system without assistance from knowledgeable personnel. Thus, we cannot rule out technical assistance from Russian personnel in operating the systems," she said.

CBS News correspondent Margaret Brennan reported that surface-to-air missiles are at the very top of the list of weapons that the U.S has been trying to get Russia to stop providing to the pro-Russian separatists in Ukraine.

Power said Ukraine also has SA-11 missiles but the United States is not aware of any in the area where the plane was shot down.

She said the downing of the Malaysian airlines jet also follows a pattern of attacks on aircraft by the separatists.

"If indeed Russian-backed separatists were behind this attack on a civilian airliner, they and their backers would have good reason to cover up evidence of their crime," Power told the council. "Thus it is extremely important than an investigation be commenced immediately."

The Security Council called for "a full, thorough and independent international investigation."

CBS News' Pamela Falk, reporting from the U.N., said the Security Council stressed the need for all parties to grant immediate access by investigators to the crash site to determine the cause of the incident.

"Signaling the fact that the shoot down of Malaysian Airlines has internationalized the Ukraine conflict, the Under Secretary General, Jeffrey Feltman - a former U.S. Ambassador -- said that the crisis in Ukraine was rapidly deteriorating and extending far beyond the country's borders," Falk noted.

A press statement approved by all 15 council members expresses the council's "deepest sympathies and condolences to the families of the victims, and to the people and governments of all those killed in the crash."

Council members stood in a moment of silent tribute to the 298 victims at the start of the emergency council meeting, called by Britain.

The council called for an investigation "in accordance with international civil aviation guidelines and for appropriate accountability." It stressed the need for "immediate access by investigators to the crash site to determine the cause of the incident."

The jetliner was shot down Thursday as it flew high above separatist-held territory.

On Thursday evening, Ukraine's prosecutor general said rebels had not seized any Ukrainian military SA-11 systems. But he did not suggest the pro-Russian separatists couldn't have acquired the normally defensive weapons elsewhere.

According to defense expert Anthony Cordesman of the Center for Strategic and International Studies, General Philip Breedlove, NATO Supreme Allied Commander Europe, warned just last month that Russia was training the Ukrainian rebels "to have an 'anti-aircraft capability.'"

"What we see in training on the east side of the border is big equipment, tanks, APCs [Armored Personnel Carriers], anti-aircraft capability, and now we see those capabilities being used on the west side of the border," Breedlove said, according to an article published by Cordesman on Friday.