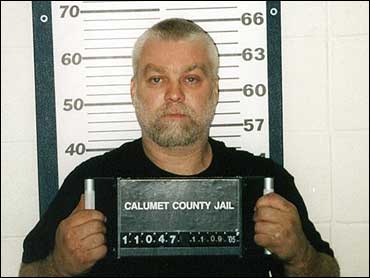 APPLETON, Wis. -- A lawyer on Wednesday asked for a new trial for a Wisconsin man convicted in a case profiled in the "Making a Murderer" Netflix series.

Steven Avery's conviction was based on planted evidence and false testimony, attorney Kathleen Zellner says in a 1,272-page document she filed. She contends Avery deserves a new trial "in the interests of justice" and because "the real controversy was never tried," USA Today Network-Wisconsin reported.

Avery, 54, was sentenced to life in prison after being convicted of first-degree intentional homicide in the 2005 death of 25-year-old photographer Teresa Halbach in Manitowoc County.

Avery's nephew, Brendan Dassey, confessed to detectives he helped his uncle rape and kill Halbach at the Avery family's salvage yard. A judge overturned Dassey's conviction in August, ruling that investigators took advantage of the then-16-year-old Dassey's cognitive disabilities and tricked him into confessing. State attorneys are appealing that decision.

Both Avery and Dassey maintain their innocence. The case gained national attention in 2015 after Netflix aired "Making a Murderer," a multi-part documentary examining Halbach's death. Authorities who worked on the case say the series was biased. The filmmakers have defended their work.

In Wednesday's filing, Zellner contends that Avery's trial attorneys failed to prove that evidence had been planted because they lacked experts and they did not conduct a thorough investigation. She also maintains that a spare key for Halbach's sport utility vehicle found in Avery's bedroom was planted by sheriff's deputies. Officials involved in the case have denied any misconduct.

Zellner claims new scientific evidence demonstrates that the bullet found in Avery's garage never hit Teresa Halbach as the state contends and that some of the evidence was planted.

They reached this information through a method called "brain fingerprinting." This supposedly detects information stored in the brain, and they performed this test on Avery on May 2.

"Because the State did not need to establish motive, it did not spend any time trying to figure out why Ms. Halbach was murdered," Zellner wrote. "Both Mr. Avery and Ms. Halbach are victims of a justice system whose success depends upon the integrity, competence and devotion of judges, law enforcement, prosecutors, and defense attorneys. Both Ms. Halbach and Mr. Avery have yet to receive justice."

Dean Strang, one of Avery's trial lawyers, said he and Avery's other trial attorney, Jerry Buting, are glad that Zellner filed the motion and its supporting documents.

"All that really matters here, to us and we hope to everyone, is that we get closer to the truth in this case and to justice for everyone," Strang said in an email to the AP.

In November, Zellner announced that an agreement had been signed to begin independent scientific testing on several critical pieces of evidence.

Avery and Dassey contend they were framed by law enforcement angry with Avery for filing a lawsuit against Manitowoc County over his wrongful imprisonment for a sexual assault he didn't commit.