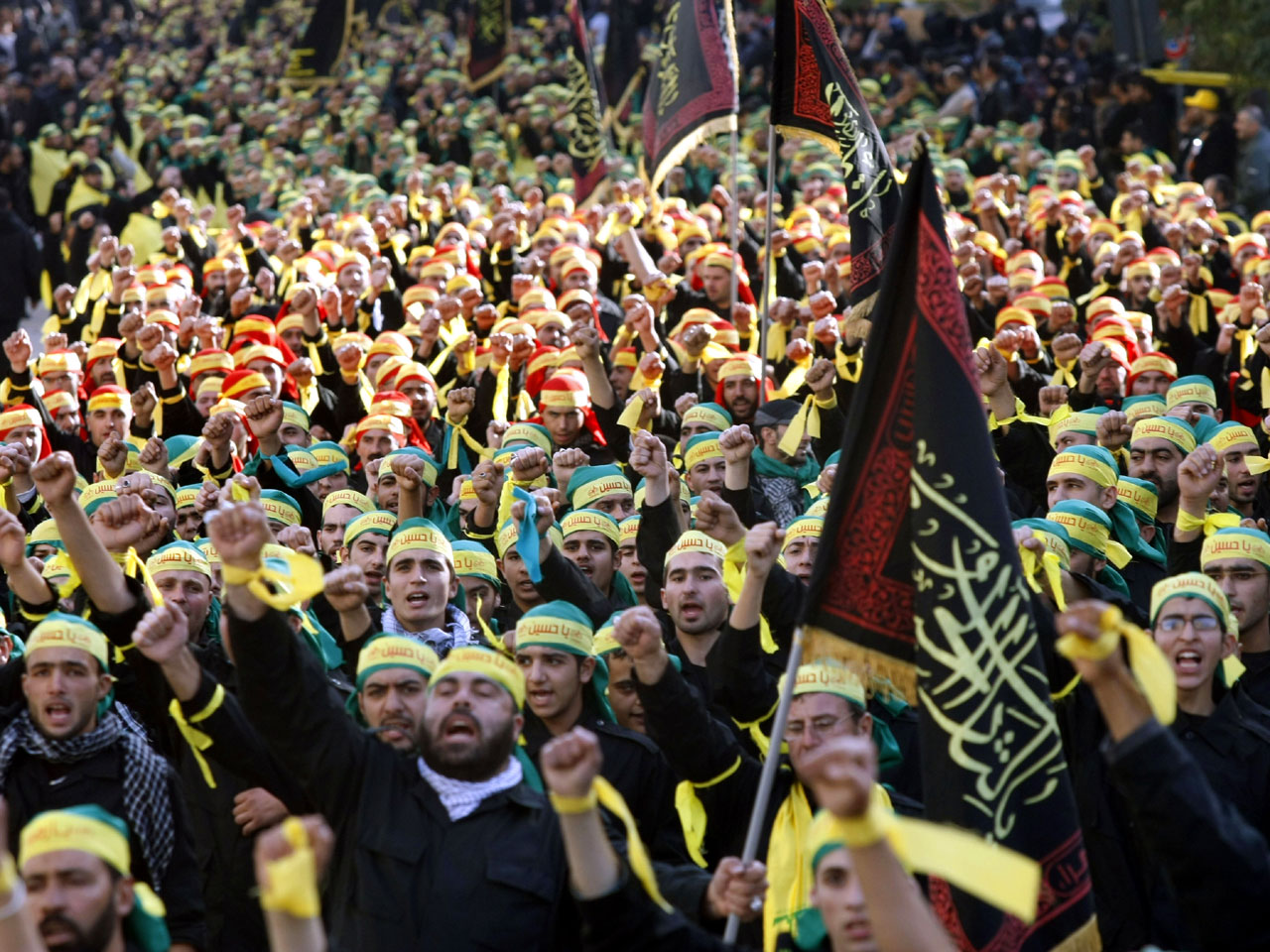 WASHINGTON - Hezbollah has partially unraveled the CIA's spy network in Lebanon, severely damaging the intelligence agency's ability to gather vital information on the terrorist organization at a tense time in the region, former and current U.S. officials said.

Officials said several foreign spies working for the CIA had been captured by Hezbollah in recent months. The blow to the CIA's operations in Lebanon came after top agency managers were alerted last year to be especially careful handling informants in the Middle East country.

Meanwhile, Iran has also apparently succeeded in uncovering the identities of at least a handful of alleged CIA informants, Reuters reports.

Those who have been unveiled in both countries are believed to be local recruits, rather than U.S. citizens stationed abroad, Reuters reports. Some officials are blaming the CIA's sloppy procedures more than anything else for the agency's setback in the Middle East.

The capture of the CIA assets has led to concerns about their safety, reports ABC News. Often, when suspected foreign spy assets are captured by groups like Hezbollah, they are executed.

Hezbollah's longtime leader, Sheik Hassan Nasrallah, boasted in June on television he had unmasked at least two CIA spies who had infiltrated the ranks of the organization, which the U.S. considers a terrorist group closely allied with Iran.

Though the U.S. Embassy in Lebanon officially denied the accusation, American officials concede that Nasrallah was not lying and the damage spread like a virus as Hezbollah methodically picked off the CIA's informants.

To be sure, some deaths are to be expected in these shadowy spy wars. It's an extremely risky business and people get killed. But the damage to the agency's network in Lebanon has been greater than usual, several former and current U.S. officials said, speaking on condition of anonymity because they were not authorized to speak publicly about security matters.

The Lebanon crisis is the latest mishap involving CIA counterintelligence, defined as the undermining or manipulating of the enemy's ability to gather information. Former CIA officials have said the once-essential skill has been eroded as the agency shifted from outmaneuvering rival spy agencies to fighting terrorists. In the rush for immediate results, former officers say, tradecraft has suffered.

The most recent high-profile example was the suicide bomber who posed as an informant and killed seven CIA employees and wounded six others in Khost, Afghanistan, in December 2009.

Last year, then-CIA director Leon Panetta said the agency had to maintain "a greater awareness of counterintelligence." But eight months later, Nasrallah let the world know he had bested the CIA, demonstrating that the agency still struggles with this critical aspect of spying and sending a message to those who would betray Hezbollah.

It remains unclear whether anyone has been or will be held responsible in the wake of this counterintelligence disaster or whether the incident will affect the CIA's ability to recruit assets in Lebanon.

CIA officials were warned their spies in Lebanon were vulnerable. Those told include the chief of the unit that supervises Hezbollah operations from CIA headquarters in Langley, Va., and the head of counterintelligence.

Former and current intelligence officials are waiting to see how CIA Director David Petreaus, who took the helm in September, will handle this fiasco. While in the military, the retired four-star developed a reputation for exacting standards and holding people accountable.

"Gen. Petraeus will definitely take care of the failings of his organization. He will deal with it head on and not try to bury it under the carpet," said retired Army Col. Peter Mansoor, the general's former executive officer in Iraq.

In response to AP's questions about what happened in Lebanon, a U.S. official said Hezbollah is a complicated enemy, responsible for killing more Americans than any other terrorist group before September 2001. The agency did not underestimate the organization, the official said.

The CIA's toughest adversaries, like Hezbollah and Iran, have for years been improving their ability to hunt spies, relying on patience and guile to exploit counterintelligence holes.

In 2007, for instance, when Ali-Reza Asgari, a brigadier general in the Islamic Revolutionary Guards Corps of Iran, disappeared in Turkey, it was assumed that he was either killed or defected. In response, the Iranian government began a painstaking review of foreign travel by its citizens, particularly to places like Turkey where Iranians don't need a visa and could meet with foreign intelligence services.

It didn't take long, a Western intelligence official told the AP, before the U.S., Britain and Israel began losing contact with some of their Iranian spies. In this instance, the Iranians used travel and expense records to figure out who was selling the foreign intelligence services information about its nuclear program.

The State Department last year described Hezbollah as "the most technically capable terrorist group in the world," and the Defense Department estimates it receives between $100 million and $200 million per year in funding from Iran.

Backed by Iran, Hezbollah has built a professional counterintelligence apparatus that Nasrallah -- whom the U.S. government designated an international terrorist a decade ago -- proudly describes as the "spy combat unit." U.S. intelligence officials believe the unit, which is considered formidable and ruthless, went operational around 2004.

Using the latest commercial software, Nasrallah's spy-hunters unit began methodically searching for traitors in Hezbollah's midst. To find them, U.S. officials said, Hezbollah examined cellphone data looking for anomalies. The analysis identified cellphones that, for instance, were used rarely or always from specific locations and only for a short period of time. Then it came down to old-fashioned, shoe-leather detective work: Who in that area had information that might be worth selling to the enemy?

The effort took years but eventually Hezbollah, and later the Lebanese government, began making arrests. By one estimate, 100 Israeli assets were apprehended as the news made headlines across the region in 2009. Some of those suspected Israeli spies worked for telecommunications companies and served in the military.

Back at CIA headquarters, the arrests alarmed senior officials. The agency prepared a study on its own vulnerabilities, U.S. officials said, and the results proved to be prescient.

The analysis concluded that the CIA was susceptible to the same analysis that had compromised the Israelis, the officials said.

CIA managers were instructed to be extra careful about handling sources in Lebanon. A U.S. official said recommendations were issued to counter the potential problem.

But it is unclear what preventive measures were taken by the Hezbollah unit chief or the officer in charge of the Beirut station. Former officials say the Hezbollah unit chief is no stranger to the necessity of counterintelligence and knew the risks. The unit chief has worked overseas in hostile environments like Afghanistan and played an important role in the capture of a top terrorist while stationed in the Gulf region after the attacks of Sept. 11, 2001 against the U.S.

"We've lost a lot of people in Beirut over the years, so everyone should know the drill," said a former Middle East case officer familiar with the situation.

But whatever actions the CIA took, they were not enough. Like the Israelis, bad tradecraft doomed these CIA assets and the agency ultimately failed to protect them, an official said. In some instances, CIA officers fell into predictable patterns when meeting their sources, the official said.

This allowed Hezbollah to identify assets and case officers and unravel at least part of the CIA's spy network in Lebanon. There was also a reluctance to share cases and some files were put in "restricted handling." The designation severely limits the number of people who know the identity of the source but also reduces the number of experts who could spot problems that might lead to their discovery, officials said.

Nasrallah's televised announcement in June -- he called the U.S. Embassy in Beirut a "den of spies" -- was followed by finger-pointing among departments inside the CIA as the spy agency tried figure out what went wrong and contain the damage.

The fate of these CIA assets is unknown. Hezbollah treats spies differently, said Matthew Levitt, a counterterrorism and intelligence expert at the Washington Institute for Near East Studies who is writing a book about the terrorist organization

"It all depends on who these guys were and what they have to say," Levitt said. "Hezbollah has disappeared people before. Others they have kept around."

Who's responsible for the mess in Lebanon? It's not clear. The chief of Hezbollah operations at CIA headquarters continues to run the unit that also focuses on Iranians and Palestinians. The CIA's top counterintelligence officer, who was one of the most senior women in the clandestine service, recently retired after approximately five years on the job.

She is credited with some important cases, including the recent arrests of Russian spies who had been living in the U.S. for years.

Officials said the woman was succeeded by a more experienced operations officer. That officer has held important posts in Moscow, Southeast Asia, Europe and the Balkans -- key frontlines in the agency's spy wars with foreign intelligence services and terrorist organizations.