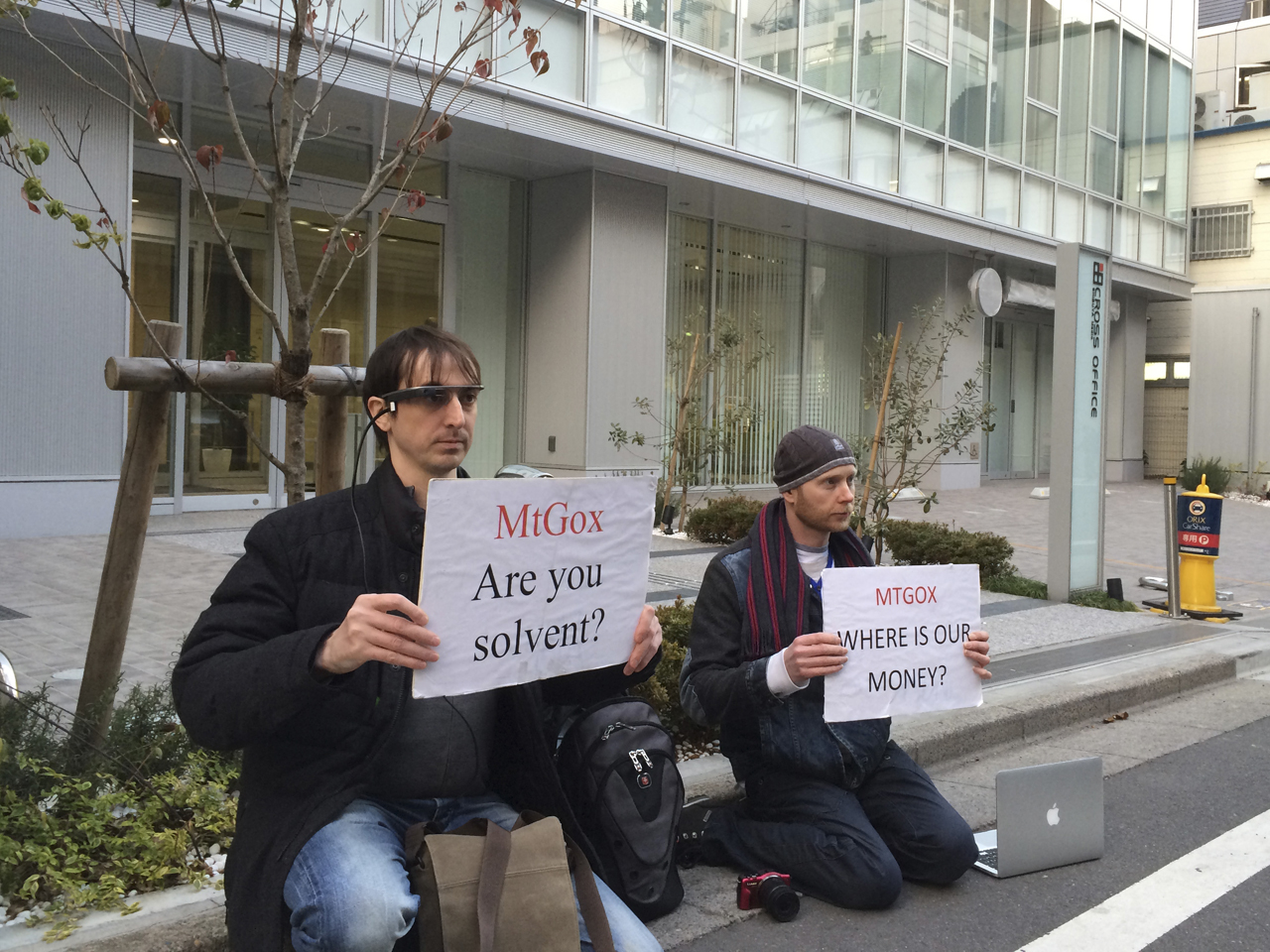 Mt. Gox, the biggest and perhaps best-known Bitcoin exchange, was expected to file for Chapter 11 bankruptcy protection, as media reports of a major theft heightened concerns about the viability of the electronic currency.

According to the New York Times, a document “widely circulated in the Bitcoin world” indicated that Mt. Gox lost 744,000 Bitcoins, or about 6 percent of the pseudo currency that’s in circulation worldwide. The theft “had gone unnoticed for years,” according to the Times. Worries about the theft and other concerns have caused Bitcoin prices to fall below $500 a piece for the first time since November, when prices topped $1,200.

“The reality is that Mt. Gox can go bankrupt at any moment, and certainly deserves to as a company,” according to the Two-Bit Idiot blog, which first broke the story. “However, with Bitcoin/crypto just recently gaining acceptance in the public eye, the likely damage in public perception to this class of technology could  put it back 5 - 10 years, and cause governments to react swiftly and harshly.”

Bitcoin was invented in 2009 by someone who uses the handle Satoshi Nakamoto. Users are able to send payments through an unregulated peer-to-peer network over their computers. E-commerce companies have slowly warmed up to the digital currency, which counts the Winkelvoss twins, who gained fame through their connection to the founding of Facebook (FB), as among their most    vocal backers.
Red flags, though, are starting to emerge.  Authorities recently shut down Silk Road, an online exchange that enabled people to buy illegal drugs using Bitcoin, along with a similar site called Sheep Marketplace.

The supply of Bitcoin is designed to grow slowly through so-called mining, in which people can acquire extra coins by solving computational challenges. The number of Bitcoins will stop growing in 2040, topping out at 21 million coins.

Although Bitcoin’s limited supply helps regulate its value, it also causes extreme volatility when demand surges. The wide fluctuations lessen the appeal of the currency. Experts also have raised questions about Bitcoin’s utility as a medium of exchange given that the currency is designed to grow ever more valuable, encouraging hoarding.

“Bitcoin’s use as an international currency will likely be hindered by the fact that it is not a legal tender,” according to a December report by Bank of America Merrill Lynch. "Nobody is under any obligation to accept Bitcoins as a mean of payment. Therefore, its value is only as good as the perception of its worth by its users. Without a backstop buyer, Bitcoin could disappear very quickly should perceptions of its usefulness decline."

CEO on why giving all employees minimum salary of $70,000 "works"
Jonathan Berr