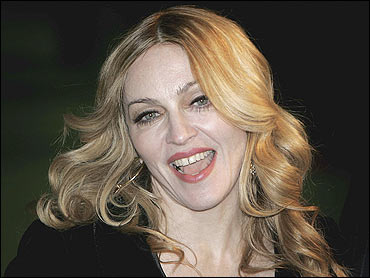 Madonna, one of the headliners at this summer's "Live Earth" concerts, released a new digital song for the musical event Wednesday.

The global concert series, taking place July 7, is designed to raise awareness about climate issues. "Hey You," which Madonna produced with Pharrell Williams, doesn't specifically talk about earth issues, but the ballad's lyrics refer to loving and saving each other.

"Hey You" is available on MSN.com. The first million downloads are free, and Microsoft is pledging to donate 25 cents per download to the Alliance for Climate Protection.

Besides Madonna, other headliners slated for the London concert include the Hot Chili Peppers, Genesis and the Beastie Boys.