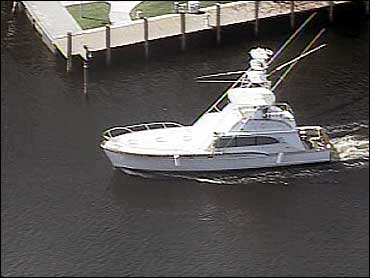 U.S. Marshals seized Bernard Madoff's $1.5 million yacht from a slip in Fort Lauderdale, Fla. The 55-foot-long yacht, named "Bull" was towed while surrounded by federal law enforcement. The yacht is the sister ship of a $7 million yacht of the same name that currently sits in the South of France.

A source with knowledge of the case told CBS News that the government is in the midst of a systematic seizure of any and all property owned by the Madoff's and further adding that "The house in Florida is next."

In court documents dated March 15, the government says Madoff's property is "subject to forfeiture as a result of the offenses charged."

When questioned about today's events Madoff's attorney, Ira Sorkin, told CBS News the couple had "no objection" to the seizure or sale of the Florida home.

CBS News previously reported that in December 2006 Ruth Madoff applied, and was eventually granted, a so-called "homestead" exemption. Under Florida law, that could have technically kept the couple's $9.4 million Palm Beach mansion out of the hands of creditors. Legal sources told CBS News that today's seizure of the yacht is a clear sign the feds aren't bound to state laws and effectively renders the home exemption moot.

The U.S. Attorney's and U.S. Marshal's offices declined to comment on the seizure of the yacht and any impending seizures.

Madoff is the former chairman of the NASDAQ stock exchange who was charged with operating a pyramid scheme that has been called the largest investor fraud ever.

Madoff is awaiting sentencing on June 16 and is currently incarcerated in the Metropolitan Correction Center in Manhattan. He faces life in prison, and up to $170 billion in restitution. There was no plea deal with federal prosecutors.
By Yvonne Halee