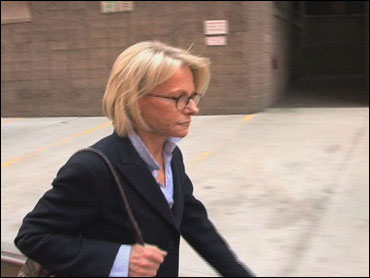 One victim called him a Bastard, with a capital B. Another labeled him "scum" and "a vicious animal." Still another wrote, "I feel like I have been economically raped."

Graphic, intense, fairly boiling with anger, the words and phrases can be found in 113 e-mails and letters sent to U.S. District Court Judge Denny Chin by some of the those who suffered at the hands of Bernard L. Madoff in anticipation of Chin's scheduled sentencing of Madoff on June 29.

The letters and e-mails were posted online late Monday afternoon as part of a 141-page court filing in the case.

"At the age of 89, I find myself and my wife devoid of future hope," wrote a man named Paul Allen. "I find it hard to believe what he did to us and ... all the charities affected by this Bastard."

"Mr. Madoff has not only stolen my money," wrote Richard Shapiro of Hidden Hills, Calif. "He has stolen my lifestyle and my family's Lifestyle. We as a result, are sentenced to a life devoid of our life savings and the security and comfort that provided to us."

"I implore you to put him away and throw the key down the sewer," wrote Ron Weinstein of New York City. "This scum should never again see the light of day."

It is unlikely Madoff will see or read any such venom. Now housed at the Metropolitan Correctional Center in Lower Manhattan, he likely spends most of his time leading the sort of mind-numbing routine previously unknown to the one-time Wall Street titan. His lone contact, it appears, comes in the form of an occasional visit by his longtime wife Ruth.

CBS News caught up with Ruth Madoff shortly after a visit with her husband earlier this month. She refused to answer any of our questions, saying, "I have no comments at this time on any subject."

Ruth Madoff's reluctance to speak means she's following the advice of her attorney, says CBS News legal analyst Andrew Cohen. "There's still the potential for her to be investigated, charged, tried and convicted," said Cohen. "It's logical that investigators would look to see if she had any knowledge of what was going on."

Meanwhile, thousands of victims of Bernie Madoff's $65 billion Ponzi scheme are awaiting their own financial fate.

As of June 11, 2009, more than 8,000 potential investor claims have been filed and only 371 of those claims have been accepted, totaling $1.02 billion. The deadline for Madoff victims to file a SIPC claim is July 2.

Attorney Irving Picard, the court-appointed Trustee in the case, told CBS News that to date he has collected $1.225 billion "subject to court approval of a settlement proposal." Picard is seeking a total of $10.1 million to help repay investors.

In other Madoff news, CBS News has learned:

The Securities and Exchange Commission has made what it calls "substantial" progress into an internal investigation of how it missed Madoff's scam for so long. SEC Inspector General David Kotz says he has reviewed more than 1.3 million e-mails and interviewed 44 witnesses regarding Madoff's investment and securities firm. The final report on how the SEC missed Madoff is expected in August.

Madoff, 71, was arrested in his Manhattan penthouse apartment on Dec. 11, 2008. In March he pleaded guilty to all charges, including several counts of money laundering and securities fraud. He faces up to 150 years in prison.

No other member of the Madoff family, including Ruth Madoff, brother Peter - the company's chief compliance officer - and sons Andrew and Mark - who ran the firm's trading activities - have been charged in the case.

Below: Ruth Madoff had no comment for reporters when she visited her husband at the Metropolitan Correctional Center in Lower Manhattan, N.Y.