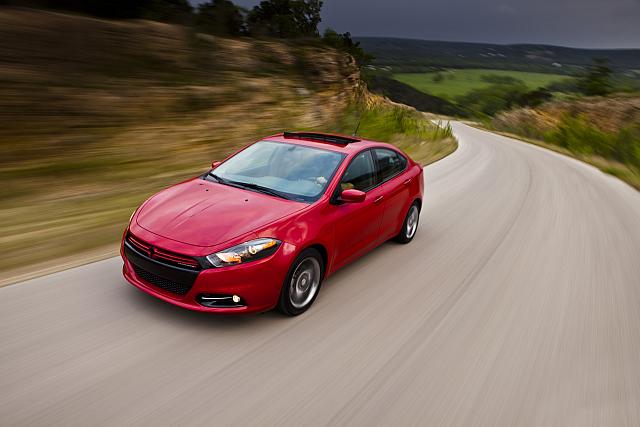 (MoneyWatch) When the first, and revived, Dodge Dart rolled off the assembly line in Belvidere, Ill., last week, it joined three other new or redesigned models from Detroit companies being assembled in the U.S. rather than abroad. The Chevrolet Sonic, Buick Verano, and Ford Focus all are being produced in reopened, renovated U.S. plants.

Companies have been able to bring production back to the U.S. because of an agreement negotiated with the United Auto Workers during the 2009 bailout and bankruptcies of General Motors (GM) and Chrysler. Under that contract, 40 percent of hourly workers -- mostly new hires -- earn about half the previous UAW wage. The contract also applies to Ford, which was not involved in the bailout.

Previously, automakers avoided manufacturing their compact and subcompact cars, such as the models above, because of the vehicles' slim profit margins.

Here is a closer look at the four new models: